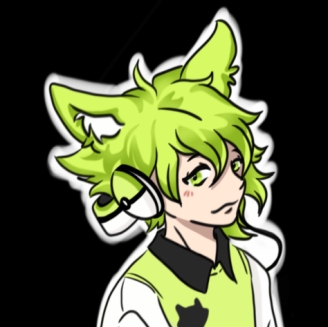 I am female but I feel more male.

Despite my confusion in life.

I am used to being referred

to as a woman.

I am single and more

I love women and

I am silly, sensitive and caring.

I am also a bit shy at times.

and let's just say I am a dork.

I watch a lot of anime and

I am a big Final Fantasy,

The Legend of Heroes,

I play a variety of games though.

I grew up with it being

On Gaia I fish, vend,

chat with my friends.

I also make items with tickets.

If you are curious about the items

I created or helped make.

Look up Razer on the mp!

Hope everything is ok darling heart

I don't think anyone out there really "fakes" being LGBT for real. Maybe like, if someone is on a throw away account arguing with people online. But that's a pretty massive commitment for attention, and it plays into ideas of "trans trenders" that I personally think is just a myth (never in my life met someone who did that)

I figure a lot of people think some of the awful things these transphobes think, but there's something about older celebrities with a fading relevance who act as if they are making some sort of "stand" against a tiny, vulnerable, fairly defenseless minority.

It's sad, because while I wouldn't say they "fake" it, but they aren't being honest. They play dumb but know what they are doing. They are insecure in their own abilities as creators, and they know if you openly bash a minority there will be some hateful group to slink of of the woodwork and hoop and holler and cheer for you regardless of how little effort or talent went into what you are saying. But since that kind of content doesn't fly any more for almost any minority, they always go after us these days, because we are one minority people can still sometimes get away with going after. They give away this is the reason by insisting it's not punching down, meaning they are denying we have any protected status, when we most certainly do. If they just hated us, I don't think they'd care about us being a protected group, let alone bother trying to argue with it.

Also, they did the same thing with gay people like twenty years ago! 🤦‍♀️ Twenty years from now it'll be the same deal with non-binary or asexual people or something.
Keruri Report | 10/25/2021 3:33 pm
So glad to hear it!