"A human being is a part of a whole, called by us 'universe', a part limited in time and space. He experiences himself, his thoughts and feelings as something separated from the rest... a kind of optical delusion of his consciousness. This delusion is a kind of prison for us, restricting us to our personal desires and to affection for a few persons nearest to us. Our task must be to free ourselves from this prison by widening our circle of compassion to embrace all living creatures and the whole of nature in its beauty." -A.E

but omg,, I've only ever seen the IMVU stuff on like, ads and stuff, I neVER ACTUALLY,,,
WENT AND CHECKED IT OUT TBH LMAO--

UMM,,, Fanfiction of Club penguin lmAO,, NOT THE NSFW STUFF THAT'S JUST WEIRD LMAO--
And Oc stuff <:3cc I'm not sure if you would be interested in any of that, but that's what I do
with writing, basically lmAO,, It's just something I enjoy doing <:3cc

Actually, pretty much everyone has the same problem, besides the ones who changed
their service providers (kinda, they just has A Little Bit Faster internet than everyone lMAO)
aLSO SAME,,, I REALLY HOPE SO TOO LMAO

Gosh, I wish It was that easy to just go and do that lmAO We tried that a while
ago tbh lmAO,,, It's actually a community-wide issue here where I live tbh lmAO,,, LIKE,

Our tower or whatever here needs to be updated,
it's been like this for like?? 6 or 7 years now? idk since 2013
basically lmAO IT JUST WENT REAL BAD
FOR SOME ODD REASON, idk why it just decided to Perish--

like, Literally my speed test is just, "0.07 Mbps download, 0.39 Mbps upload, Latency: 79 ms"
which is uNFORTUNATE LMAO,,, So, we're just gonna have to wait until the Cheif and Council finally like,
Do Something about it lmAO,,,, (Which they are actually !!! Sometime in the next few months it'll be fixed or something)
((forgot what it was called, but I saw it in the local newspaper LAST YEAR BASICALLY LMAO))

Or Replace our service provider or whatever it's called--

BUT GOT DAM,,, YEAH THOSE SOUND PRETTY COOL, I'll put em on me list of Watches >:3cc
Detective Conan sounds interesting and I've heard of Fairy Tail from a few acquaintances and
what not <:3cc Although, I've never heard of Black Clover, so that's something new
I can get too :3cc
PastorClicker Report | 01/22/2020 11:49 am

Also, Kinda?
I like One Punch Man, Magia Record (basically a spinoff of madoka lmAO), and Ace Attorney, the anime lmAO,,,
I haven't been able to play the game, but I'm thinking of buying it later on, but I fokcin lov the story tbh lMAO and I was told
that the anime goes off of the game and I wanna,,,, I wanna see,,,,,, I wanna play The Game,,,,,

Other than those three, I don't really,,, WATCH A LOT OF ANIME LMAO-- I'm not really able too, due to my slow internet qwq
I would like to watch more, but I wouldn't really know what to really watch tbh lmAO 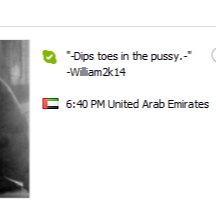