A Little About Me

Hello and welcome to my profile. If you are here then you must want to know more about me, either that or you are some sort of creepy stalker. Anyway, you may call me puppy. I am a person who loves animals, anime, writing fictional stories (both original and fanfiction), listening to music, and playing video games (mostly RPG). I'm an easy person to get along with and I like to chat most of the time. I spend most of my free time writing while listening to music, playing video games, or watching anime. I am hoping to become a veterinary technician someday. If you would like to know more about me or just want to chat feel free to drop me a PM. Please no random friend requests, I will not accept them.

Hope September the 2nd was an amazing birthday for you full of fun and yummy cake! 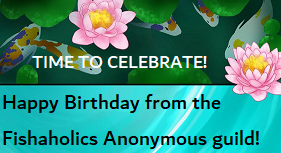 Hope your birthday on Sept. 2nd was a wonderful one!

For your birthday on the 2nd:

Ah, you wish to know the ways of tumble-polishing? Basically there are these contraptions called tumblers that are equipped with small motors that can rotate a small tumbler barrel made of hard rubber and inside the barrel you can put certain kinds of rocks in there with water and some an abrasive compound like silicon carbide and screw on the lid and let the barrel tumble and polish rocks for you. It's a passive hobby. After a week or so or more you take the rocks out of the barrel and clean them and get to see the progress. Sometimes the tumbling process from rough rock to near-perfect smooth glassy finish can take a month, two months, maybe longer. Depends on the kind of rocks you put in the tumbler barrel. The more hard a rock is, the longer it takes to tumble.

You don't see the appeal in collecting rocks? I don't collect mundane rocks. I collect rocks that have flair. You like crystals? They're minerals. Rocks are composed of minerals. I think rocks are uber cool but not everyone agrees, not everyone can see how cool rocks can be. Some rocks look like pieces of radical abstract artwork. Rocks were around before humans, and they'll be around after humans. Rocks and minerals are like Pokémon. They're fun to collect. At least the cool kinds. Common gravel is usually ground up limestone and it's pretty boring, it's made of calcium carbonate. Basically baking soda with a slightly different chemical formula.

Some agate I collected from Southern California. It was originally the size of a potato but I knew the rock was a thunderegg and had minerals inside, so I had a friend of mine cut it for me after I got home from southern California.

Who said you were 12? I just seen the date of when you registered your account in 2007 and I thought that was your birth dat--I clearly didn't look close enough. rofl rofl rofl

I would probably watch more anime if I had someone to watch it with. I used to only watch anime on my computer. Now I can use Xbox One to get on Hulu and Netflix and watch just about anything with those two apps. It's like, what the point in having a TV service when you have Hulu and Netflix both. I wouldn't spend much time watching TV if my mom didn't watch it so much.

Do you paint? Draw? Or do you do both? Have you tried making amateur jewelry? I occasionally do all these things. I also collect rocks and I'm able to tumble-polish them. I have a huge collection of rocks and marine fossils, most of my fossils are at least 323 million years old. Most of my rocks have quartz crystals or agate or both.

lol some parts of high school were fun. A few times I went into school after smoking a joint. I had a few teacher friends in high school that were cool and some normal teenage friends but I didn't always hang out with my teenage friends. I tried to prioritize my teacher friends above my teenage friends, actually, like I would try to go chat with all my teacher friends every morning before 1st period and during the 20 minute break between 5th and 6th period. But, for the most part, I stuck to myself, I hated group work, I talked to few girls, I mostly had guy friends, and I even avoided some girls that were out of my league. I was a stoner loner who played tons of online games and watched tons of lets play videos. I've changed, a bit. I'm not as quiet as I once was.

You seem pretty stoic. And insecure. But hey at least you replied.

And yes, it is hard to see whose writing is better. I was teasing you, if you didn't pick up on that.

I've heard of Fire Emblem a lot but I never got to play it, no idea what it could be about.

I like Telltale's series too, mainly Telltale's The Walking Dead. Good stuff.

I'm terribly sorry, I didn't know you were 12 years old--you seem way more mature than kids your own age. I just thought you were another adult like me, as there are lots of adults on Gaia. Heck, I joined Gaia when I was 13 in 2010. Those were the golden days of Gaia.

Enjoy being 12 while you still can. Middle school flies by and then comes high school, seemingly the best part about being a teen. High school is like middle school, only ten times as fun and twice as difficult.
Reqilon Gonvi Report | 12/12/2019 2:28 pm

Hey there seen you from a Pokémon thread.

How often do you write? Could your writing best mine? *gasp* surprised I write about vampires pretty much, more on a weekly basis. I also play games like Fallout 76 on the Xbox and Pokémon Moon and Ultra Sun and others. mrgreen I used to watch a ton of anime but now I just watch mostly TV series on Hulu and Netflix.

Hey smile have a happy birthday and be safe