Hello, I'm Tenma Yami and I was named by the burden I carry in my veins, or so I used to think.. I come from a VERY powerfull bloodline, but I am what is left of my family name and ancestory, for you see I killed my Father, Mother, two Brothers, and three Sisters back a few years ago when I was fourteen, year one. A very tragical event occured where I lost the first person I found my-self bonding with, which always has been hard for a being like me, and she was lost to my Mother and Father tearing her head clean from her body, although it was rather messy.. As I sat in unexpressable rage back in the corner of my old house's front disguise room, I couldn't/ didn't quite grasp the scenario right away, instead I put on some chappy.. stick<3.tm. to comfort my self, and tuned my head phones(which were blasting a HardStyle tempo) way up so that I did not have to at least hear the gurgling coming from my Fathers throat when I ripped it clear from his neck, or the sound of my Mother's intestines spilling out of her stomach when I tore her back open following all the way down to her lower belly, or the sound of my three infuriated sister's screams when I gouged all their eyes out within a split second from one another, or the flopping noise of my Brother's when I started to tear all their limbs from their bodies as if they had a structure that of but just a peice of King's Hawaiian bread.. Although this all happened, and quite pleasent may I add, I was not concious for it all of course*I wish I were >>* for I had transformed into the very thing that lays hidden within my blood for the first time..
As I massacred what was left of my "family", they all, in fear, were also in awe as I tore the a** of vengence, and the limits which had been holding my sanity in, and the same limit which bound me to this meaningless life of mine, for you see I have been the supposed succesor of my blood line for as long as I can remember, I was suppose to be some kind of God to the Vampire existance( that's right... vampire) but my genes weren't kicking in when appropriate, meaning, when most younglings devolpe the V-gene (which is around 12-14). I was turning 15 when my relatives took matters into their own hands, each of them distributing half of their inherited blood into me, leaving many scares on my young seeming neck, hoping it would make me come off as the God, the existance had been hoping to see come out of the strongest, and oldest vampire family to ever walk the realms of worlds. The funny part of the whole thing is that I later came to find out that what hides within my blood is the so-called God they all naively dreamed of which I had kept secret since I was of five years of age due to fear of being slaughtered for being a monster *which was smart on my part, cause the probably would have <<* You see, I was never suppose to come off as a vampire, but the very thing that created the vampire existance, and the fact that they turned my appearance, and gave me basically an infanant energy drink for a god, just made me that much more powerful.
After the slaughter things were not the same, I changed into a completely different creature, not to mention I had developed a second personallity, or should I say my original personallity, one I now know I've always longed for, and one whom I was actually myself, especially now that I'm free from a designated fate. Kicked out of my town, and looked down upon as an outcast for being banned from my home and everyone was to scared of me to look at me, and a murderer cause the authorties found me in the middle of my front room drenched in my families filth and carnage( but without any evidence that I did the crime cause of how young I look).
I left that place awhile ago and fell into a section in the Realm of Darkness which seemed very fitting for how deppressed I had started to become, exiled by self indulgement, I sat at The Ol' Tree, training, thinking, and sleeping *which I really enjoy, when I eventually do ^ w^*, and finally we arrive to Riku, the first person to ever intrigue me, the only one whom has ever been capable to oppose and controll what is now me, Techy Disaster (the name I gave myself after arriving into the Realm of Darkness). After our first encounter, which ended in a battle of epic proportions, is where my adventure begins..

bubby, and all the rest..

In all her life Hakiru had never seen anyone move at such incredible speed,
for a split second she thought he had dissapeared, had she not
seen an ever so slight shift in the desiccating leaves next to her
she would have believed it to be true.

She silently cursed herself for having been so foolish, and tried
to ignore the surge of pain traveling up her arms. Instead she focused
on trying to speak through the vice like grip confining her throat.

"Surely you do not find an unarmed girl a threat." In response he slightly tightened
the hand at her throat, wrenching her head back. "I...only meant... to..." Hakiru
gasped for whatever little air she could get into her lungs....

In her feeble attempts for both air and words the naive girl had failed to notice the
black stream slowly seeping down from her forest green hair to her face and finally
into her mouth.
Hakiru xD Report | 12/23/2010 5:35 pm

In all her life Hakiru had never seen anyone move at such incredible speed,
for a split second she thought he had dissapeared, had she not
seen an ever so slight shift in the desiccating leaves next to her
she would have believed it to be true.

Hakiru silently cursed herself for having been so foolish, and tried
to ignore the surge of pain traveling up her arms. Instead she focused
on trying to speak through the vice like grip confining her throat.

"Surely you do not find an unarmed girl a threat." In response he slightly tightened
the hand at her throat, wrenching her head back. "I...only meant... to..." Hakiru
gasped for whatever little air she could get into her lungs....

In her feeble attempts for both air and words the naive girl had failed to notice the
black stream slowly seeping down from her forest green hair to her face and finally
into her mouth.
Ajdisvakchw Report | 11/04/2010 7:21 pm

Watching as Tech's hand drifted to the back of Riku's own body,

Full knowingly, after pushing Tech down, Riku expected retaliation, a sort of subjugation aura from Tech.
The intention of blow back, and acception being pat down into Riku's back inch, by inch.
Tensing up as soon as the impact of Tech's palm came into contact with the back of Riku's dumb silver head.

Being buried and inclined against a huge boulder, Riku first dusted himself off before looking to Tech with a banal stare,
shaking his head as he began to laugh, reaching up to his companions hand. Showing a gesture of gratitude
and pleasant awe through the grip of his hand.

"You know, for a second there.. yeah, I kinda did. You've grown so much, and have learned
to control the darkness so well.. couldn't feel your presence for a second.."

Riku let out a deep sigh, then pulled himself up with the help of Tech, smiling back at him.

Riku's eyes quickly shot open from a slight closure to the sky, the voice was obvious
and a slight smirk began to form across his lips. Surely enough, Riku's eyes were barely able to catch
the figure that set in through the luminous sky. A slightly flustered face streaming across Riku. Standing to his feet,
Riku took first measure of greeting to the white-haired boy, unzipping his cloak.

A innocuous boy such as Riku knew the terms of his close friend,
paying no heed to the direction he wanted to feed him.

"You know that's not it, I just had some time reaping to do. Following my change of mind,
I cast off into this realm to find what I wanted.. Sorry nee-san."

Riku gave a chuckle, his eyes slowly drifting from Tech's.
Knowing too much of how his own eyes weren't able to deceive. He turned away,
pointing to the distant horizon, smiling.

"I knew something like that would happen, after all, who to control you other than me?
No worried brother, I can take care of it.. You didn't think I'd slack off all this time did you?"

After Tech had taken his seat, Riku kneeled before him, poking him in his forehead.
Filled with new ambition and clear objective, the boy sat next to him. A sigh escaping his lips.

"Why is it that whenever we're reunited, it turns out to be out of the blue? I wonder.. By the way,
Its not that I've grown, but changed. Although, I have grown in different ways.."

Riku then took his gaze back to the sky, a shock of and series of memories flowing through his mind. Needless to say,
he wasn't the same anymore, nor did he want to be. It was a hard exposure to the friend, after being away from each other for so long
no words were able to escape him.

"I am glad you're here though."

Riku pushed Tech over and then laughed.

Hakiru found herself momentarily stunned
by the ghastly form of a white haired
boy that had fallen from the sky, where just
moments before light and shadow played with
the ever growing darkness of the forest.

Snapping out of her reverie, she relized
that this was no illusion given off by light,
this shadow had spoken, and seemed to expect
some kind of response in return. Blushing, she stood there,
trying not to gawk at this shadow of a boy.

She blushed an even deeper shade of pink
when she noticed the way he covered his eyes,
she hadn't ever payed much attention to how little
she was wearing.

Before she could really think twice
about what she was doing, Hakiru took
two silent steps toward the still unfamiliar boy
with red eyes.
Theoddone_46 Report | 05/01/2010 1:02 pm

Heya Matt lots going on such as theres a secret everyone but you knows and I got a mega virues on the comp fix'd now other then that all the same
Theoddone_46 Report | 02/11/2010 4:36 pm

School im starting collage next week oh hey i thik it was one of ur friends maybe not but gave me there account on here im a liittle rich no no girlfriend. oh cool looking ave mines looking a lttle male i dont know what to do with it 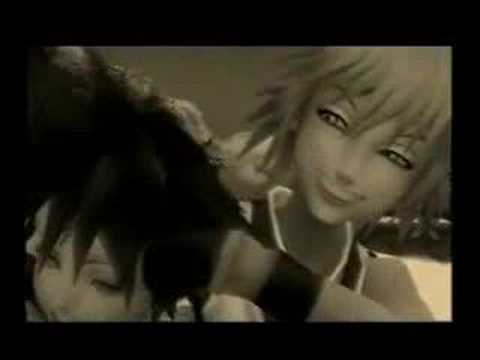