My Friends Who Actually Want To Talk To Me

Hi! emotion_awesome Mind if I come in?

Ok Listen For All U Buyers That Are In My Store If U Cant Afford It Then Pm Which Item And I May Give It To U For A Lower Price.U Gotta Be Very Nice Though.xD So Buy Some Stuff.

Some Info About Me!

BTW I JUST WANTED TO TELL YOU!!!

Im A Little Chuby Shy Dude xD.Alot Of Ppl Say I Look Young And When They Say Thats A Bad Thing Im Like,"Ha If U Think Its Bad Whenever U Get Old Imma Look 5 Years Younger Than U."
When I First Meet U I Might Not Say Much But Once I Get To Know U Trust Me I Will Be The Coolest Guy U Gonna Eva Meet.Dun Wrry If Im Ur Friend And I Call U Like Babe(I Only Call Girls Babe,I May Call A Guy Babe But Thats Only When I Feel Crazy)Dun Wrry Im Just Messin Around Im Not Tryin To Hit On U.
I Hate Liars So Much.Gay Ppl Are Cool With Me Cause Im Not A Gay Hater They Are Cool With Me As Long As They Dont Hit On Me!

1. Take shopping carts just for the purpose of filling them and stranding them at random locations.

2. Ride those little electronic cars at the front of the store and refuse to get off.

3. Turn off all of the lights and yell 'JOIN THE DARK SIDE'.

4. Start playing Calvinball; see how many people you can get to join in.

5. Contaminate the entire auto department by sampling all the spray air fresheners.

6. Challenge other customers to duels with tubes of gift wrap.

7. Walk up to complete strangers and say, "Hi! I haven't seen you in so long!..." etc. See if they play along to avoid embarrassment

9. Take something from someone else's cart, when they say "HEY! That's mine!" call the security and say that the other person was trying to take your ...

11. Hide in the center of the clothes circle where people find shirts, and then jump out and yell "VIVA LA FRANCE!!".

12. Go into the dressing room, wait a few minutes, then yell "THERES NO TOILET PAPER IN HERE!!".

13. Hide between clothing and then jump out and yell "PICK ME!".

14. Set off an Elmo toy in the middle of a hallway. If someone comes to pick it up, yell 'HORRAH! I'M NOT CURSED ANYMORE!'.

15. Put a Dora toy on the floor and when someone tries to pick it up, yell, "Swiper No Swiping!".

16. Hide in a boys clothes rack, and when a boy with glasses walks by, scream, "You're a wizard, Harry!".

17. Throw a fake rubber snake into some lady's face and watch her freak out

18. Dart around suspiciously while humming the theme from Mission: Impossible.

19. Play with the cash register and then say the check-out lady broke it.

21. Take all the clothes of the rack and pay for them at Target

22. Take a soda from a Coke box, drink it, and when an employee comes and says, "Are you gonna pay for that?", get another soda and drink it. Repeat until kicked out

23. Set the alarm clocks to go off one after another. Watch the employees desperately try to shut them all off.

25. Ask if you can try the canoes and demand they provide a river.

26. Sing 'Over the rainbow' into the intercom.

27. Use the security monitor as a mirror to pick your nose.

29. Get school supplies and run into a wall saying "I'm late for Hogwarts!".

30. Run into a wardrobe, FULL SPEED, and when you hit the back scream "WHERE'S NARNIA?!".

31. Stare at expensive jewlery and drool on the glass display cases.

32. Buy 350 cans of tuna, and when the cashier tells you the price, start yelling and screaming saying "This can't be right, you have to take them back!"

33. Walk up to an employee and tell him/her in an official tone, "Code Pink in housewares,..." and see what happens.

34. Buy expensive stuff, go home and use white-out and a pen to change the price to something much lower, and the total much higher, then return and demand a refund

35. Get a cardboard box, go in the store and pop out of the box and give out candy to passerby

36. Find the fish section and when someone walks by begin to pet the fish tank and say, "I know how you feel..."

37. While no one's watching quickly switch the men's and women's signs on the doors of the rest room

38. Bring your pet pit-bull into Wal-mart. Act casual. If someone is brave enough to walk up to you and tell you to get out, simply reply "He's going to help me pick out his favorite dog food"

39. TP as much of the store as possible

40. When you hear something on the intercom, get on the floor and yell 'AHHH! THE VOICES THEIR BACK!'.

41. Dress up in a trench coat & wear sunglasses. Walk up to someone browsing and say "The rooster is in the nest" Wait for a reply. After they finish talking, hand them a cap gun and whisper "use this wisely."

42. Go to the music aisle and start singing horrible karaoke

43. Stare at a customer for a long time while saying, "Hello, hello, hello" nonstop until they get really mad.

45. Go in to the camping department and enter a tent then tell random customers that they can come in if they bring a pillow from the bedding department.

46. Broadcast K-mart commercials over the intercom.

48. Over the intercom say there is a big sale on all items in electronics department and first 10 people to the check outs gets one item free. Go over and see what happens.

51. Run through the store and jump on random peoples carts singing I KNOW A SONG THAT GETS ON EVERYBODYS NERVES!!

52. Go up to random people and poke them. If they ask you what you're doing or tell you to stop, tell them that you're trying to find out what they ate for dinner last night

53. Do your American Idol audition in front of the security cameras

55. Go up to some of the customers while your carrying a paper bag and say "trick or treat!" and if they don't give you anything, do the sad puppy dog face

56. Hide under a big pile of clothes and throw random objects at people when they walk by

57. Get a stuffed animal and go to the front of the store and begin stroking it lovingly, saying "Good girl, good Bessie."

58. Walk up to a pizza place and ask for a McChicken

59. Go to the bathroom with a cantaloupe (hidden) Make grunting noises and drop the cantaloupe in the toilet. Then say "Phew, That's better"

60. Put blue paint on your hand and when you see someone put your hand on their shirt and point at them and say, "A clue a clue!"

61. Go to a clerk and tell them u lost your son and ask if they can call his name over the speaker! When they ask u his name make up a ridiculous name

62. Leave cryptic messages on the typewriters

63. While Humming the theme to Mission Impossible While wearing all black, knock over all of the cans

64. Take all the CD's put them in the wrong place and when an employee puts them all back yell at her and mess them up again

65. Go to the front of the store in a baby diaper and ask a macho guy to change you

66. Take a friend with you and a younger child and start arguing over who gets custody then have the child run away and out of the store and yell "CILLY COME BACK!!".

69. Grab a can of whipped cream & find a bald guy Spray it on his head

70. Dress up in a fairy costume, and climb up a ladder and when people go by say "your wish is granted"

71. Dress up as a giant smiley face and whip price signs! Then yell "ROLLBACK!!"

73. Walk towards a group of people and hit your head and say in a loud voice, "Shut up in there."

74. Put make up all over your face so it looks like a 2 year old did it and then say, "She's horrible at giving make-overs!" and point to a random woman.

75. Go up to random people and ask them if they will be your friends then link arms and start to sing the friends theme song

77. Smear ketchup on yourself, lie on your back in the kids aisle, and pretend to be dead

78. Lay a 20 dollar bill on the ground and back away and when someone tries to pick it up run up to them and yell hands off my dollar!! Then got to a manager and tell him that they stole 20 dollars from you

80. Try all of the sodas and put them back then say, "Yup, that stuff's not poisonous."

81. Play with the calculators so that they all spell "hello" upside down

82. Run up to random people and ask if they like green eggs and ham

84. Bang on the pots and pans in the cooking aisle

85. Act as though you are being beaten and fall onto the ground screaming and having convulsions

86. Swing on the half price banners

87. Go up to a random person and tap on his/her shoulder. When the person looks at you, ask what and walk off like you're annoyed

90. Run around with a country music cd and sing Queen's "We Will Rock You"

91. Throw random items over into the next aisle and see if you can score into someone's cart

92. Ride around in a Barbie jeep with Barbie in the front seat and act like you're talking to her by saying "Let's bust this joint!"

94. Do your own radio show over the intercom

95. Go to the aisle with the Star Wars stuff and hold up a Luke Skywalker toy and say "Luke, I am your father" and make breathing noises in your darth vader mask.

96. Glue pennies on the floor 'heads' side up

97. Knock over all the shelves and run around screaming 'EARTHQUAKE! EVERYON RUN!

98. Find a pair of walkie talkies and have a conversation with your self when everyone is watching you

99. Go to the checkout and buy a bar of candy. Repeat, going to the same cash register, until the clerk notices

100. Grab heavy but not too heavy objects, and see who can throw them the most aisles over

101. Throw skittles in the air saying 'TASTE THE FREAKIN' RAINBOW!

102: Get a walky talky and place it in a random isle, then talk into it and see if someone talks back. Or if they do talk back say, "Im watching you Mr. Mrs."

103: Get a 20 dollar bill, tie a string to it and when someone tries to grab it pull the strong so they have to chase it and watch how long they run for it.

104. Grab a dog leash from the pets aisle, tie yourself to the shelf, and bark at growl if someone walks by.

105. Go to the candy aisle, and start yelling "I KNEW Candy Mountain was real! I KNEW IT!"

I adopted a chibi!
Name: Elliot Pierce
Age:3
Likes: Darkness,Stuffed Animal
Doesn't like: Haircuts,Time-out
Owner: SilentDeath42
You can adopt one too!
adopt one!~ 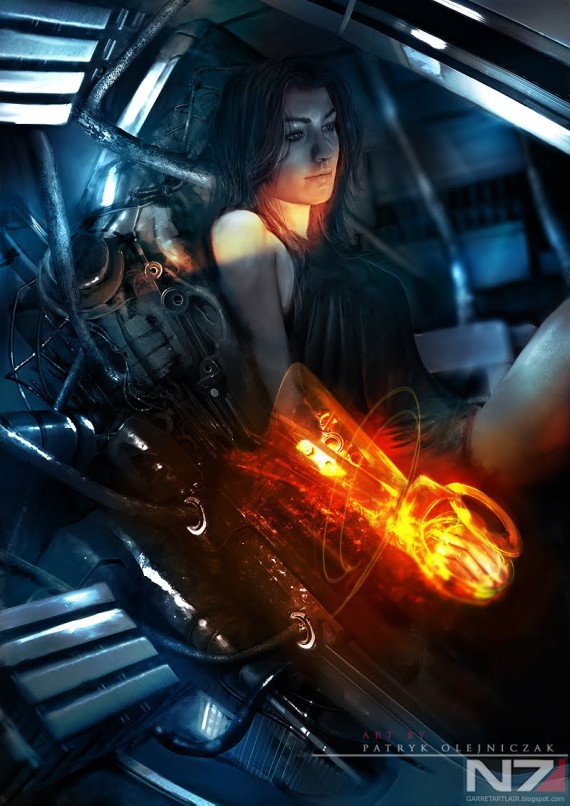 IF YOUR INTO MASS EFFECT I SUGGEST GOING TO THE RIGHT SIDE!!!!

MASS EFFECT CHARACTERS(ILL FINISH IT UP AND ADD NAMES LATER)