WHY R U STALKING ME?!

That Means We'd Have To Mate O^o

Ur so mean Megatron!!

Robots Are The Only Friends I Need

Enjoy The Sounds Of My Insanity

Historical Journey of the Character's Making

The character Skjalddís (shield maiden) is a Nordic name.

In appearance she lacks the traditional Gaian bushy troll brow and bulbous red nose along with the specific fur-pattern, this is because she is not a full-blooded troll but a half-bred. This fact is ultimately obvious in her appearance to anyone but herself, having obliviously growing up as a ‘normal’ trollish child with her troll mother and seven older troll sisters.
It wasn’t until Skjalddís reached the appropriate age of a young adult that her mother eventually sat her down and mildly ‘suggested’ to her daughter that she possibly might have maybe by chance been.. half human.

Once this was known it opened a whole can doorway inside that ticking brain. Sure she knew herself as Skjalddís the troll, the 7th daughter of Brynhildur .. but.. who was she as.. Skjalddís the human? She decided to find out and therefore set out on a little quest of her own, sorrowfully leaving behind her troll family in order to venture into the strange wild world of the humans and hopefully yo learn more of herself..

What would she find? How would the humans treat her?

Her name is often a pain for people to try and pronounce, she soon picked up a more ‘human’ nickname Sky. It goes with the blue of her skin.

In personality she’s calmly energetic as well as passionate. Rather friendly then most of her kind, but not exactly what you’d call bubbleheaded or spastic (unless Bludeau is involved). Having pique for mechanics and robotics but not too much of a talent for it, she instead excels at puzzle games and loves the outside world very much, this is why she picks up as much garbage as possible when roving about..

Hello, Predatorspet here ^w^ so naturally I respond to the nickname ‘Pet’.. but I also respond to:

Also obviously I’m a Gaian lawl fuhduh and I’m an artist, Currently Unhired and I will do free request work usually <3

And why YES I do have a fancy (obsession*coughcough!*) for Bludeau <3

Don’t tell me it’s a sick twisted fantasy our love is real! -whineyflail and takes off like emo Peter Pan- 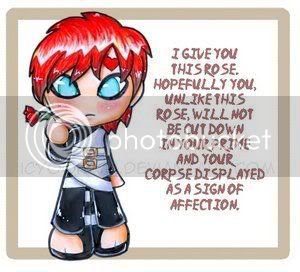 Also find me on DivaDolls

Where you can see me blink!

But I LOVE teh colors Red and Black!! 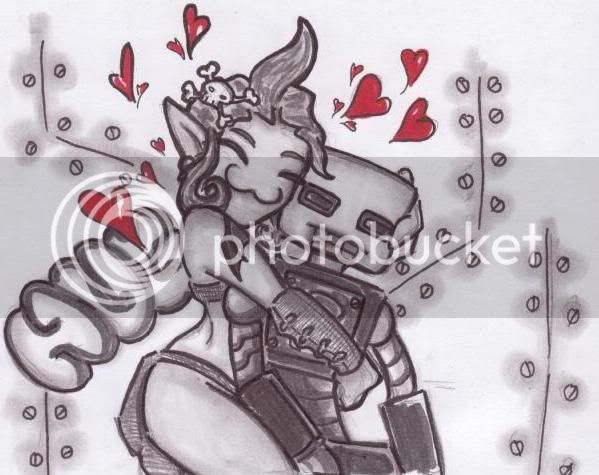