Thanks for buying! heart

You know it, I'm back in the interwebs of gaya xp

Lol yeah I'm not a pro at video games, I probably fall under a little below average. I played street fighter before and yeah I button mash all the time I know a few combos but not for everyone. Don't worry you'll win one day just believe in the power in button mashing and you can master it one day. XD I play with a lot of my and most of them know all the combos, but I still beat them a whole lot....but its probably luck.
OH my gosh I love scribblenauts its so fun, but I'm sad that I beat it...But its okay their making a new one so I'm happy.

At first i didnt notice your reply and i only saw "i forgot to put friends..pshh" and i was about to comment on your profile saying, i sent that long comment and thats your reply??? XD
and then i kept going back and forth trying to understand what you meant, cause i didnt know what you were talking about, and finally, i noticed the comment below. XD But its still short >:u
WELL i guess you are a pro at random button pressing XD You should teach me how to master random button pressing mrgreen since i am still a noob at it, =w=
You make me want the game even more! D: I saw pewdiepie playing it and i thought it was really cool *0* and i thought it was an online game since he was playing it with a mouse and i realized its not crying
When is it coming out biggrin D
oh Have you watched that movie Zero Dark 30? I went to the movies yesterday and i watched it, the butt part was really disturbing, (im not telling you about the movie because its really long and i slept through most of it XD)
But there was this dude who was getting tortured and he was kept inside this building, and the guy who was torturing him pulled his pants down because the dude who was tortured didnt answer his questions. i guess he wanted to humiliate the tortured guy in front of the girl that was with him. and the tortured man, he pooped his pants, and (by the way theres alot of cussing in the movie) and the guy who tortures the guy who gets tortured was like "YOU SH*t YOUR PANTS?" and they showed the butt (only the butt) in front of the screen. :u i kept moving around in my seat while i watched that part it was something ive never seen before gonk

And ive never played halo before, i dont have an xbox or ps3 or anything like that, just TV, comp, and a wii and a psp and DS (i dont use anymore) mrgreen
Well, my cousin has an xbox and kinect and all that.. But i dont live with him so i cant play it XD
have you played Street fighter (fighting game, you pick your characters and fight eachother) on xbox? i went to my cousin's house one day, (hes a real gamer) and i played it with him and i just pressed random buttons and i didnt really know what to do, but he knew what to do, he was pressing buttons like a pro and i was pressing it like i didnt know what was in my hand. D:<
So, ... i lost, obvious right? XD i always lose to him in EVERY game on the xbox, his kinect, and all that =w=
and its true that you shouldnt buy anything you dont need, i dont know if i said this already, but i want one thing i dont need, its the scribblenauts game XD
i just want to try it for one day, i wish theyd make a scribblenauts.com for everyone to play crying

emotion_yatta i really have no idea what you're talking about about the prison thing, i dont remember anything about a prison in the walking dead. Then again, i did skip some parts. XD
and what kind of stuff did you buy? -curious- emotion_c8

emotion_kirakira ahh yay i miss talking to you. XD and thankyou emotion_c8
and im glad i made you want to play persona 4 again, and resident evil is glad too xD
have you played the video game Walking Dead? ive never played it but ive watch it on youtube fromm this person http://www.youtube.com/watch?v=eL2ghNa5KPQ
its scary but its fun too emotion_awesome
You should watch it if you havent played/seen it. Im waiting for the new season to come XD 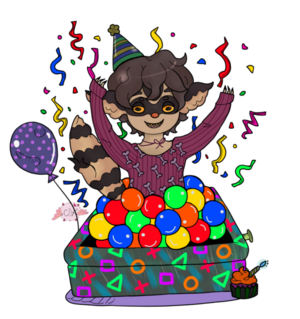