Thank you for purchasing your copy of Super Gaia User 1088331: EX + Alpha: Hyper Version: Special Edition X! Your first step is to create your custom character:

Chapter Four: Musical Inspiration: I'm mostly a 70's-80's rock kinda guy, 90's grunge and metal, and (gasp!) folk songs. I like my music to tell me a story, a real story. I love foreign language songs, too. Russian and Finnish in particular.

Chapter Five: The Ultimate Revelation:
I once worked in the center of New York City in a business that introduced me to people from every aspect of life. I've met European princes, international mega film/music stars, political refugees and even the Lost Boys of Sudan. College graduate. I've literally traveled around the world and back. Tokyo? London? Paris? Helsinki? Been there, done that, and have the pictures to prove it. And I still prefer The Bronx.

Final Boss:
The username is kind of misleading. I'm actually a really nice guy.
I have two tattoos.
I've been to five countries. More to come.
I appreciate literacy.
I once seriously considered becoming a priest.
I've met friends here in 2004 that I still keep in contact with on a near daily basis, both online and offline. They're awesome people.
I have ten piercings. Five holes on the left ear, five holes on the right.


Closing Credits and Special Thanks:
I met the love of my life, Sir Schmerz, on this website in 2004. We married on May 27, 2007. He's my SNUGGLEBUTT LUFFIEPANTS and always will be. heart

I do my own avatar art! Not taking commissions at this time.

300 years after the Apocalypse came and went, the survivors join wandering gangs called Tribes in a bid for survival in a world without nations. This is the story of one man's struggle in one of the last remaining cities on Earth.

Work has been absolutely awful so I'm transferring to Colorado from Arizona. I wanna be closer to my brother since he's all I got left of immediate family. Life's been pretty rough too, unfortunately.

LOL STILL LOVE THE LOOK YOU GOT GOIN, DUDE heart

woah you do taekwondo during a pandemic? Is that safe? I mean that's still super awesome, I haven't figured out physical fitness yet aside from doing some hikes on my days off with my pupper.
It's been super duper rough this past year. Not just because of the pandemic...

oh man....IRL Jor was surrendered to the Phoenix Herpetological Society because when I was moving in with my aunt she could barely handle my dog and there was no way she could handle my snake on top of that. emo

Always for tossing a coin or two, hahaha. Man I miss you. I came back cos I missed people like you as well <3

You don't remember the name Shinya?
You were a friend of Malice back in the GGG lll Thread I believe.
I was going over old comments and saw your user on there so I hit you up.

Do you remember me at all?

Hey--I stopped by to say thanks for buying from my shop, but I wanted to add that you have a great profile bio and an awesome avatar, too! I hope you have a wonderful day 😊

Married to Sir Schmerz. heart / Member of the The Forum Regulars Guild. 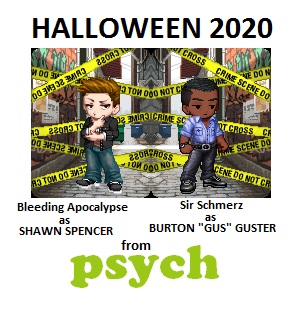