~Celestria: A World Hidden in the Stars 2~

Welcome to the planet of Celestria: A beautiful world run by multiple kingdoms. Where does your loyalty lie? 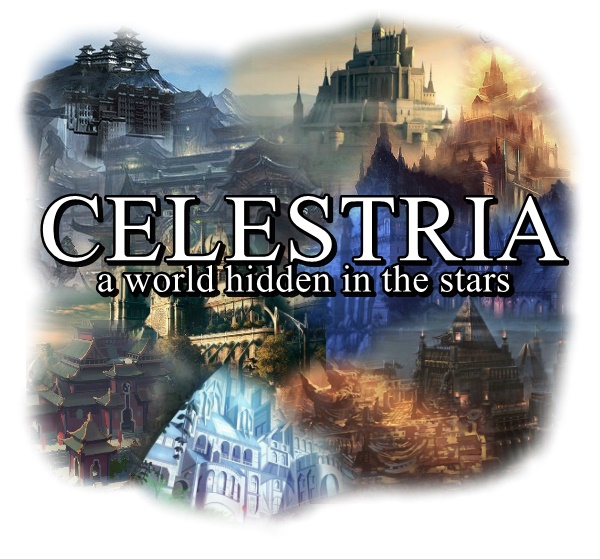 In the depths of the galaxy, far beyond any of the known solar systems, lies a planet called Celestria. Where the land is divided between multiple kingdoms.

- Water
- Fire
- Earth
- Air
- Light
- Dark
- Electric
- Ghost
- Psychic
- Poison
Which Kingdom Are you from? Does your loyalty go to your kingdom or does it lie with yourself? The lands of Celestria are being ravaged by vagabond Units and are causing mischief between the kingdoms and causing tension. The Kingdoms are building their way to war, who will be the hero who will end these Vagabonds? Who are the Vagabonds causing this mass chaos between the Kingdoms? Help your Kingdom or help make chaos it's your decision.
But be careful where your decisions take you, for if you're a Vagabond you're most likely on the wanted list and are destined for the guillotine...


This is in memory of Animegeek02's original guild of Celestria: World Hidden in the Stars.
(Disclaimer: This does not include the Pirate Kingdom or Fairy Kingdom)

2.) Once accepted we ask you to look at the rules and history of the guild.

3.)To remain in this guild, you must be active. We're not asking for 24/7 activity, but at least be active enough to help carry the story.

We are a semi-lit guild and we ask that everything is in third person.