I'm Zeren! Howdy-howdy. Figured it was time to update the ancient thing that was my profile.

- I'm from Georgia. I don't own any sleeveless flannel shirts, stop asking.

- I love Pokemon. And hard liquor. Often at the same time.

- Music? I like music. I mean, who doesn't? I don't like contemporary country music, though. That genre went down the shitter back in the aughts.

- I've named my bearded dragon Alduin, the World Eater. I will get irrationally offended if he is not referred to by his full title.

- PM or comment my profile. I love getting messages. =3

Here's all my fuzzy peoples. They like pets. So pet them, goddammit. Oh, and they bite.

Oh, and I’m an old school Pokemon player (I can’t recall if Soul Silver or the set if Black & White were my last versions I played). I’m not buying stupid Switch just to be able to play old versions of Pokemon with updated graphics. *shrug* Sometimes it’s just best to leave the classics as they were cat_3nodding

Love the avi, and YES Furries &!Fuzzies are the bests! cat_biggrin heart 😻
I’m a feline (in case you can’t tell LOL), and I’m owned by 3 feline Fuzzies IRL (triplets I’ve raised since about 5 days old, when their birth mother disappeared cat_cry )
Oh, and my father’s entire side of the family is in GA, so I spent my Summers as a young’un swimmi’ & fishin’ in the Chattahoochee. I don’t own any sleeveless flannel shirts, either LOL cat_blaugh
I’m in a different redneck state now, but still no cut off flannel shirts cat_razz

Yeah! I haven't played in a bit due to quarantine, but yeah I started playing when it came out. I also lived in a rural area with an older phone so it was pretty glitchy! But now I live in a city area and play a lot more. It's worth redownloading, it's genuinely an awesome game now!
ImpossibleJedi4 Report | 04/16/2020 10:18 am

Oh that's awesome! biggrin Honestly there's enough items on this site that a shiny version doesn't seem out of the realm of possibility lol. I still need to get A Riolu on Pokemon Go, it's tough lol! I'm going to get either Sword or Shield eventually though, hopefully I'll have luck there!
ImpossibleJedi4 Report | 04/15/2020 3:38 pm

Thanks for tipping my post! I LOVE your avatar, and Riolu is also a wonderful choice in a partner pokemon! It's in my top 3 favorites lol biggrin
Vulpine Charisma Report | 03/17/2020 6:32 am

Thanks for buying 3nodding 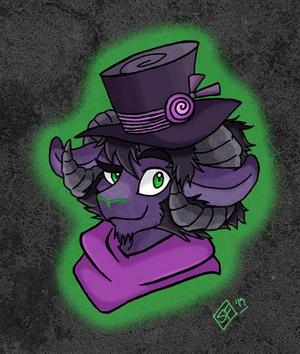