The Power of the Avatar

Y'all have the Black Plague! ...Aint that Grand?

Demons and Angels... what exactly makes them different from one another?

Hello! I am known as the Power of the Avatar. I live in Hell (*Ehem* I mean Arizona) and I have recently turned eighteen. I will be the first to admit that I am a nerd. I love very few things in this life, but those that i do are cherished.
I love My Family, my friends, my Psychotic adoptive brother (Username: Tobi2RGoodBoy ) Anime, Movies, Swords, Knives, fire, ancient weaponry, consealed self defense weapons and stuff like that. When I turn Eighteen I will buy a cane-sword and take it with me everywhere. Yadyadayada I'm blathering about useless crap.

A few things I've learned in life are:
~Nothing is more precious than love. Nothing.
~In Regards to Break-ups, at least have the common decency to do so in person, otherwise it hurt a million times worse.
~Lust has nothing to do with love.
~A good Friend will visit you in Jail. A great Friend will bail you out of jail. A TRUE friend will be sitting in the cell next to yours laughing saying "Wow, That was Fun!" or, "Heh... Well.... We ******** up!"

I Rarely watch TV because it rots your brains if you watch too much. I usually watch DVDs. Shows that I WILL watch are:
Boston Legal
Star Trek Enterprise
Star Trek The Next Generation
Remington Steele
Firefly
That 70's Show
CSI
CSI New York
Mythbusters
Smallville

Movies I think everyone should watch:
BATMAN BEGINS
THE DARK KNIGHT
The League of Extraordinary Gentlemen
The Bucket List
The Illusionist
Ocean's Eleven
Hancock
Just about anything Produced by Mel Brooks
Any of the Indiana Jones Movies
Any of the James Bond Movies
A Knight's Tale

My Favorite song since as far back as I can Remember has been: Kissed by a Rose by Seal

My life has changed so much since I last visited. I have learned a lot, and not from school, I learn from life I can think of dozens of more things to say, but for now I say, have a nice day.

Do you dare to enter my mind?

tnx for purchasing
~the other day...hehe(:

Why thank you very much.
:]

lol ur welcome biggrin and i think u will just wait

no dont but i commented on ur topic. the any suggestions 1. biggrin

thx for buying hope you like it ^_^ see ya

I don't usually manipulate him.
I just scare the crap out of him when I lie. Like once I told him the monster in the woods liked little boys....he didn't sleep right for a week.
x3
Mainly, though, I just beat him up.
He deserves it, though.

Tommy deserves to be smothered.
=_= 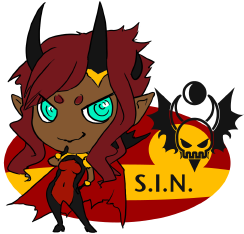 That's right I was on the side of Her Infernal Majesty! 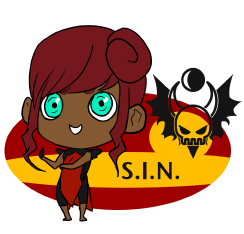