May all your bacon burn

I'm Tannsy and this is my new account. Click here to find out what happened to my old one. (Journal entry is friends only) 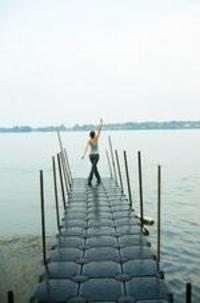 I'm a thirty year old woman from the Ohio River Valley area. I'm a teacher and a musician but I've been a slave to academia. I love flowers (which is kinda obvious since my username is in reference to tansy, the flower) and my favorite flower of all time are sunflowers. I love sunflowers because they're tall and majestic, and even in the hardest rain, the darkest night, and the fiercest wind they stand strong and bright. I like to think that's how I am. My goal in life is to be a wife and mother, and one of the hardest things I've ever had to go through was giving birth to our stillborn son, Joshua Ryan, on May 30, 2007, an ectopic pregnancy, and several miscarriages. I will always wonder who those children would have been. In 2017, we were extremely thrilled to announce that we were expecting our rainbow babies, twin daughters we plan to name Anastasia Rose and Gabrielle Rian. Check out our announcement here. Anya and Brie were born at 27 weeks, weighing 1lb 3oz, and 1lb 4oz respectively. Anya fought hard for 60 days and went to Heaven after battling sepsis. Brie, our surviving twin, continues to fight very hard in the NICU. She just turned one year old.

I met my husband, James, when I was thirteen and we've been together since August 2003, over fifteen years now! He was diagnosed with aplastic anemia, and then leukemia in January 2009, relapsing again in Spring 2013, and each time we fought it together. We eloped on November 5, 2013, after being engaged for several years and pushing our wedding back twice. Our spur of the moment wedding was an exact week before he received his bone marrow transplant. Getting married and him getting his transplant gave us hope and a future that at one point we never felt was possible. After transplant, he had severe complications and almost died, but we were able to move to New York where he was able participate in a clinical trial that saved his life. We finally returned home in 2015 he is doing well! Teaching, coaching, athletic directing, and enjoying his second chance at life. Since then we've renewed our wedding vows, met his t-cell donor who saved his life, bought land to build a house, and are excited to raise our daughters and any future children. James is a Gaian as well. His username is Enfynity. You should totally check him out, he's a pretty cool guy, even if his profile is really outdated! (And by outdated, I mean by 10+ years).

I made this account primarily for changing avatars (I never change my main account and now it looks like I'll never change this account either) and for playing zOMG. I was really bummed when Gaia took zOMG down, because while I did like the game, I also used it as an imaging tool, making it an ugly avatar that represented chemo and the bad guys representing cancer. Chemo isn't pretty and neither was that avi, but both still kill. Now that the game is back and things are better in my personal life, I'm starting to remember how fun the game was on another level. smile

Where flowers bloom, so does hope.

Flowers are the only thing God forgot to put a soul into.

Oh! That's even better. I hope I didn't offend you. I was more into the ideal of strength giving energy
in times of anything to be more honest. I do share my positive energy to good people less they are
not into that particular ideal is what I was more meaning to be more like. I am sorry that I typed it that way
I did reread what I said. Thanks for letting me know. For a moment I did worried if your going to be okay.

I do use a lot of Hope energy frequency to send strength or love.
I used the energy that runs through our body (mines in other words) and sent it your way.
Which is more my real attempt.

Thank you for always sharing your story with me.
I know you go through a lot. What you go through is such a pain and
I only HOPE that you find that strength and love to fulfill from within.
Again, Congratulations!!! SENDING YOU MY LOVE AND ENERGY!
May LIFE ALWAYS BE WELL ON YOU AND YOUR FAMILY!

Congratulations 🎊 Wonderful news! I’m happy to know things are going better this time. Infertility sucks royally, and it’s always fantastic when folx make it to the other side. You’re a Mum now and although you lost two, I suppose you appreciate Brie even more?

Is she still in the NICU? I hope everyone is OK.

Place your faith where He will see it. It will work out.

awesome. you'll have a full family for sure and it will be great

you're 17 weeks pregnant and I know how you feel. nauseous again. smile keep it up and welcome to the wonderful 2s brie. you both are fabulous

She's two!!! Happy birthday to you both heart

Click the image to check out my quest thread!

Hi. This sig is SUPER OUTDATED.