I love anime to the point it's probably considered unhealthy.

I love to rp so if you want to rp with me just pm me (although I like to rp as a guy^^). I am not a picky person when it comes to what kind of Rp, if I haven't tried it I will give it a go and see if I like it. I love to do Yaoi Rps though. But I do have some limits, such as if you are not literate or at least semi literate I will not rp with you. If you are looking for help in your rp writing, then I would be more than glad to rp with you and help you.

Begone, sickness! Get out of him! Out! Out, right meow!
The power of thy nubs compels you! cat_scream

I just texted you!~

Pffft-tch, d-don't ask me that! scream
As if I know how much to ask for, I haven't finished my avi design yet. gonk
Just whatever amount you feel is right and necessary. 3nodding

Guardian S of the Beaten

bleh. Dx fine then! I would like to get the spear of tino. but thats so stupidly hard to find now Dx

Aw shucks, you are too kind my friend. >.<
However, if you noticed, my wish list is empty. I'm still working on my next avi design on the avatar builder, so I won't know what to ask for till it's complete. XP. However I shall let you know as soon as it is done. Thank you for your patience sir. ^ω^

Guardian S of the Beaten

Can I get you something too? O.o I only got 2 billion gold, but I can get ya something!! 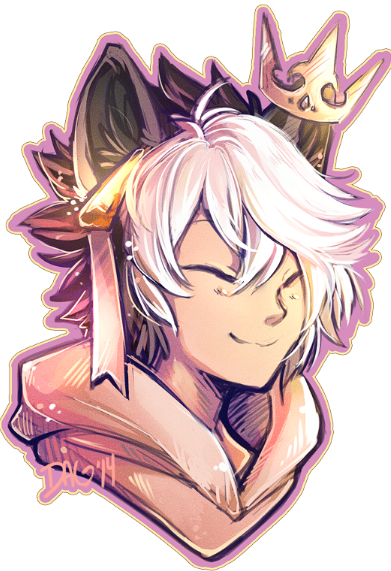