All Sales Are Final!
No Refunds So Don&#039;t Ask! Also, I always price lower than market place..

~*Into The Deep Unknown*~

~*I'll think about what to put here later.. But for now, you'll just have to keep on guessing.. However, I'm not some jackass who says 'I don't accept friend requests'.. HOWEVER! It would be nice to get to know each other a little before I accept friend requests.. It couldn't hurt after all..*~

~*Effective immediately(3/20/15).. After what happened with a so called 'friend' not too long ago, I will no longer be accepting friend requests from people younger than 21.. Personally, I'd rather my friends be 30+ but I have some good friends who aren't 30 yet.. If you're younger than the required age and are on my friends list, I won't delete you.. Thats on you though if you're already on my friends list and you're younger its alright to remain there.. Also, PLEASE keep your insecurities in check.. I'm not a hard person to get along with.. And please be sure that I'm NOT here to marry you or even go out with you.. What I have in reality is what I have, a girlfriend and a daughter.. So does it look like I wanna marry you? Seriously, cause I could do so much better in reality as it is.. And I have.. If we're friends, we're friends, nothing more.. I love all my friends.. But I'd never go out with them.. Thank You..*~

~*DONDE ESTAN MIS PERROS?! Perros Del Mal, it wasn't just a wrestling name, a stable and its own thing, organization.. It was a way of life.. And I'm damn proud to have given my life to Perro Aguayo Jr.. I was on my way out and he refused to let me go.. I would have been nothing without him.. And for that, I owe him everything.. But the Boss is now passed on.. I'll always miss you.. I have to move on but I can't join you up in Heaven just yet.. So save me a spot, will you? You were my mentor, my brother, my Boss.. RIP Pedro Aguayo Ramirez aka Perro Aguayo Jr. and Hijo Del Perro Aguayo July 23 1979-March 21 2015..*~ 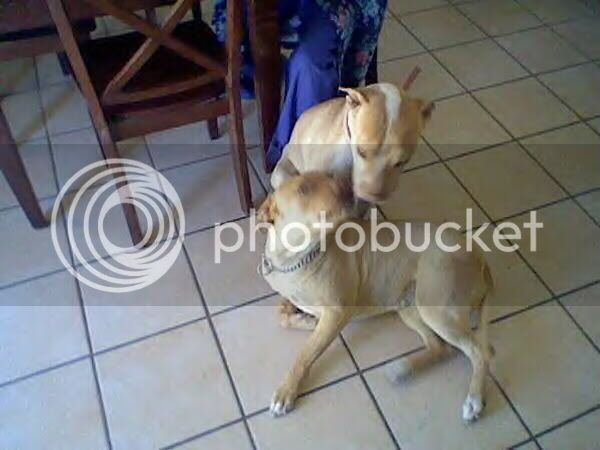 ~*Yo, I'm the champ! However, this is what REAL champions look like..*~

~*Offended over the fact that I called your Gaia marriage fake? You must be some special kind of stupid, eh? Don't start s**t of you're gonna tuck your tail between your legs and run..*~

~*The Worst Kind Of Pain In The World Is Only Experienced When Your Loved Ones Die, Remember That..*~