Location: Sitting at my Computer

You know, as we come to the end of this phase of our life, we find ourselves trying to remember the good times and trying to forget the bad times, and we find ourselves thinking about the future. We start to worry, thinking,
“What am I gonna do?”
“Where am I gonna be in ten years?”
But I say to you. “Hey, look at me!” Please, don't worry so much. Because in the end, none of us have very long on this Earth. Life is fleeting. And if you're ever distressed, cast your eyes to the summer sky when the stars are strung across the velvety night. And when a shooting star streaks through the blackness, turning night into day. Make a wish and think of me. Make your life spectacular. I know I did.

The Muppet Telethon Show Intro from the Movie

'Lady Yuna, Final Fantasy 10'
Everyone, everyone has lost something precious. Everyone here has lost homes, dreams & friends. Everybody, now Sin is finally dead, now Spira is ours again. Working together, now we can make new homes for ourselves & new dreams. Although I know the journey will be hard, we have loads of time. Together we will rebuild Spira. The road is ahead of us, so lets start out today. Just one more thing, the people and the friends we have lost, or the dreams that have faded. Never Forget them

`Joey Wheeler, Yugioh ep 224`
I guess there are something’s we're not suppose to understand. Just look at me, I go through half my life not understanding what’s going on. But I know that true friends maybe hard to leave, but there impossible to forget. And even though his stay wasn't as long as we would have liked we're lucky we knew him at all

'Yusei Fudo, Yugioh 5d's Bonds Beyond Time'
At long last I finally feel like I can let go of the past and focus on the future. Paradox may have painted a bleak picture for the world but I know the future isn't set in stone, It's what we make it. And together we are gonna make it bright.Because the true magic of duel monsters isn't just in the cards. It's in all the friendships I've forged thanks to the game

'Martin the Warrior from Redwall'
Who says that I am dead knows not at all, I am that is, two mice within Redwall. Martin the warrior sleeps but in the riddle see Matthias, I am that is, My sword shall wield for me

'Fairy Tail Narrator intro'
In a land far, far away lies the kingdom of Fiore. A small peaceful nation of 17 million and a place filled with magic. Found in every home, bought and sold in every market place. For most magic is merely a tool, a mundane part of everyday life. For some however magic is an art and they've devoted there lives to it's practice. These are the Wizards. Banded together into magical guilds, they apply there skills in search of fame and fortune. Many such guilds dot the landscape of Fiore. But there is a certain guild in a certain town that soars high above the rest. One from which countless legends have been born. A guild that will no doubt continue to create legends well into the future. It's name is.....Fairy Tail

`Full Metal Alchemist`
Human kind cannot gain anything without first giving something in return. To obtain, something of equal value must be lost. That is alchemy's first law of equivalent exchange. In those days we really believed that to be the worlds one and only truth

`Hercules the Legendary Journeys'
Ares: I can't believe you have these mortals convincedthat you're this "Kevin Sorbo" character.
Hercules: Some people just aren't ready for the truth.

`Throttle, Biker Mice from Mars`
Guys, let me tell you something. In this wild and wooly universe of ours there's only 3 things you can count on. Your brains, Your bro's and Your bike.

'Goliath, Gargoyles, the Golaith Chronicles ep13'
One Thousand years ago, we lived in a world that understood our purpose, it was the age of Gargoyles. Ten centuries later we awoke to a world bent on our destruction, somehow we never lost hope & today we come full circle. A new age has begun & we live again

'Mike the TV from Reboot'
Don't touch that dial, you're tuned to the Commercial Channel! All commercials all the time. An eternity of useless products to rot your skeevy little mind, forever!

'Gundam Wing'
Duo Maxwell: Duo, Duo Maxwell. I may run and hide, but I'll never tell a lie. Yeah, that's me in a nut shell.

Duo Maxwell: [talking about Heero]Why is it the quietest guys seem to do things in the flashiest ways?

Trowa Barton: Those who have laid eyes on a Gundam shall not live to tell about it.

Trowa Barton: One should never give up till the end.

Quatre Raberba Winner: There is nothing more valuable than life in this universe. Sandrock has taught me that.

'Piccolo From DragonballZ'
Never train children when there mothers are around. It's always trouble 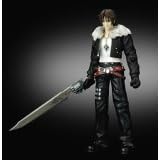 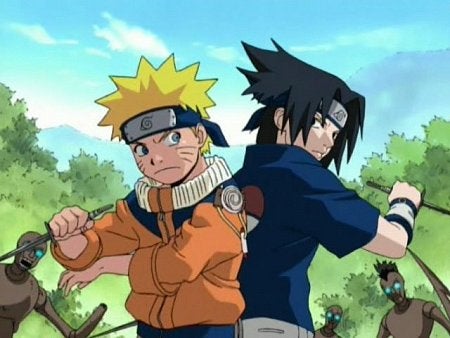 I'm jealous of all the cool profiles I've seen on Gaia over the years.