Gaia Wrestling Roleplayer , RP'd wrestlers such as Dolph Wiggler , John Cena , Shawn Michaels , etc. And even some female wrestlers Layla El & Charlotte ! But I'm sure I'm known as Ryback , as I roleplayed as him for a looong time, and won what I can remember is my only title as him (the TNWF Championship, 0 Retains though sad ). I have returned here on Gaia in 2017 looking to RP again, and to hopefully make more friends and win more titles hehe. I'm going to be Ryback again and continue my legacy as him , even though I noticed WWE had fired him recently sad .

Update: After my return, I joined TNW:R and went on to win the TNW:R Championship at the PPV Money in the Bank (9/1/17) in a Triple Threat Match versus Seth Rollins and Chris Jericho. The guild died shortly after the PPV so I’m still and the last ever TNW:R Champion! Since it died, I decided to move my talents to CWF! I faced Goldberg in a singles match for the CWF WHC and won the match in the longest singles match in CWF company history while also ending Goldberg’s 903-day reign as champ.

Update 12/5/2019: A lot has happened since my last update but to make it quick I lost my CWF WHC to Triple H but won it back against Edge after CWF returned and turned heel for the first time in my Gaia WRP career while using Ryback!

just stopped by to say whats up bro. Wish all is well. 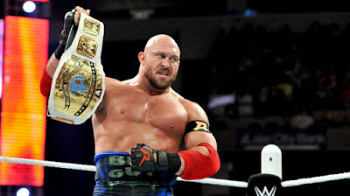