No place is safe while i'm free!!!

Note on the wishlist -

I LOVE All succubus type items and most importantly the Alruna, Punishing, and 'My Valentine' collections.

Top Priority item is - None at the moment!

A Short story of the Queen Rose; and a little Auto-biography.

'One as but mortal of Earth that is to stumble across such beasts; Demon, Dragon, Devils are a terrifying sight to the normal eye. As much as I find them threatening I find it astonishing to know that there are others that share human like experiences.'
- Paladin Cadogan

'Humans... Demons? Avalon or Hellspawn? We don't care about either of them; we just want the war to come to an end and live our lives as Dragons, the superior race of wisdom and power! My kingdom Will Not Stand Down, all that oppose us Will Burn; by the Flameborn..!'
- King Furliss: The Elder dragon champion

'All shall fall and know the power of Hellspawn. We will rule all in absolute order and destroy the rule of Lillith, Morrigan, and Asteroth! I will become the new goddess of the universe!'
- Fallen Crimson Queen Zerakyl

'Their power falls, mine is returned. Your Queen... Has arisen again! Now let not only the dream-legion, abyss-legion, redemption-legion, and hell-legion be restored and Hellspawn crumble, but allow our worlds come back together as one; as it Should have been in the sake of our goddess of dreams Lilith.'
- Rose Valenthorn, Queen Succubus

Well hello little mortals or other beings that lurk into my throne~. I'm surprised you managed to make it this far, so allow me to introduce myself. I am Rose Valenthorn, Mistress and Succubus Queen. I serve under only by my goddesses; unless I give special permission to serve you otherwise~. One is not to mistake nor degrade a talent such as my own; BDSM Can work a Multitude of ways from both Kink-play or a pure Life-style. But enough about that, what would you like to ask me... hmh? Don't be shy now you may talk to me through PM or by Comments, but do bare in mind I Prefer PMs for Reasons.

Occupation - Queen of the Dream Legion, Ruler of millions of other dream demonics such as Incubi, Succubi, Imps, and other hybrid class demons that live in the Dream Realms

Body Type - Her skin usually a lush violet with a black and violet thorned tail, pure black demonic wings, curved succubi horns of a faded mix of violet and black, rose red lips and violet eyes that seem to be filled with magic no mere being both creature or human have ever experience; yet feel a familiarity of it.

Body Sizes - Usually tall standing at 6'2 without her stiletto or war-brace boots, long leg length that is about 2/5 of her overall body size with slim yet toned and powerful thighs. Arms that are long and are able to hold out in front to 23in long, standard human chest size, and a femininely royal facial by both skin and bone.

As a Higher Succubus class and blessed by the three Goddesses theirselves this being is able to...

- Metamorph into any shape, size, creature or human no matter the structure. -
- Sense and read thoughts, dreams, nightmares, ect inside Most minds. Only those of a very high magical resistance and intelligence are able to bypass. -
- Command mostly terra (Earthly/Land/Nature) type objects to serve and obey her order also 'Corrupting' them making them both Magic and Element resistant or immune. -
- Fly or Hover as she pleases -
- Open gateways to over dimensions with a simple mere thought, sometimes will act upon so with a snap of her finger -
- Able to materialize and 'Copy Cat' objects except materials made of pure gold or other god(ess)-essence creation. -
- Mass or Singular hypnosis. Singularized targets are known to never be able to break out of the trance while very rarely Mass-Multi targets may recover from little to no memory of possession occurrence -
- Steal and Transmute/Convert essence of all types except from gods(esses) -

While the Queen Succubus may detest physical fights in term of mental or magical means to gain control; she will standardize into any advantage possible to claim victory. Her physical attributes may not seem that much but she is still a higher demonic in class and rank and must not be underestimated even by the strongest champion demona - including by the hell-realm in which offers the strongest physically powered demons. Her preferred fighting style is to either take control of the opponent's mind and or body with hypnosis or to put them into a weak submission by means of magic of physical powers of other forms if not her own. Sometimes she may also try to deceive one by pretending to be any other living thing in in term could them throw one off guard and subdue them without hesitation or given a chance to fight back: usually leaving one already defeated before a battle can begin.

While the Queen Succubus has but many duties she also can listen to her Goddesses to take heed on any dangers in the dream realm. While this queen is Chaotic Neutral in nature she also is a Lawful Neutral in times of need, loving to have fun but knowing the ordeals of what needs to be done to maintain balance. However sometimes even she risks herself to becoming corrupt and power-hungry upon hunts of 'Recruitment' into the Dream Realm.

So as you might know Yes I am a Mistress. Will I share more private info with you stranger? No not until I get to know you, and will I openly RP with Anyone? Also no. For me it is a pick and choose case, I appreciate literacy and I Love a good taste of a 'Novel' like environment. But sometimes some of us like to blunder it down and I can accept it~. Just don't make me mad, okay mi amore~?

Come, let me stalk you too~.

Media - Baby I Live for attention~... 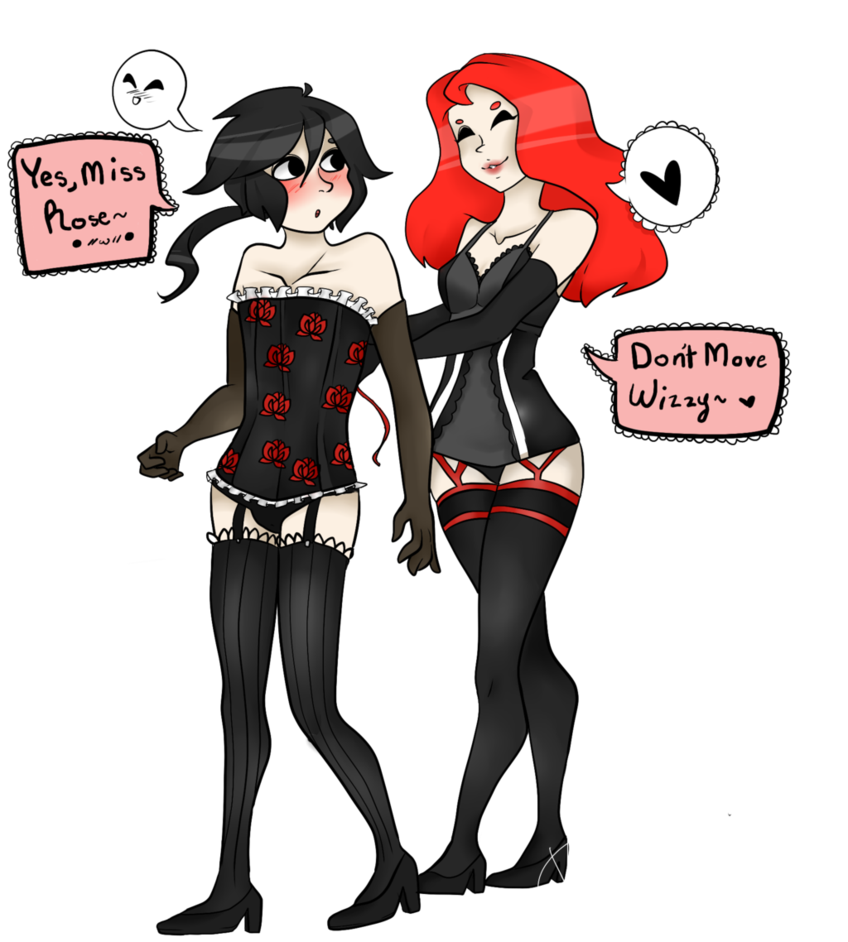