well what can i say my names rebecca...i like anime and loads of games like fighting beat every one up games war games e.g samurai warriors if its anything other than that or dynasty warriors tend not to play them lol horses randomly final fantasy!!!
and i love writing stories and drawing lol i am usualy seen doing either of those i also enjoy watching anime like gundam wing and saiuyuki and many more if im not doing any of these I'm either out with my friends or horse riding mostly just horse riding or with my brother or sister well family lol razz
well i like anime and at the moment my favorite has to be junjou romantica its basically a romance anime about these two guys yes it's a yaoi but im not going into anymore detail lol

I am under the control of: Revy101
My given is: Ayame Katsunari
I am: 3000 years he appears 19
I was born into: He is the source blood the creator of the Katsunari bloodline the first true vampire.
My abilities are: control of the elements, summoning numerous creatures such as dragons, unicorns, tigers and fiends, further enhanced speed strength and agility. This bloodline can also phase in and out of nowhere and through walls they do this by manipulating the realm of darkness a realm between worlds where they can reside for a while if they so wished.
My past is: Ayame is the source blood the first true pure blooded vampire, he is one of the strongest and is the oldest vampire known. There are many legends surrounding him saying that he was the one who murdered all those innocents and that he was a merciless killer, however this was untrue he may have killed a few humans but those he killed were far from innocent the humans he fed upon were criminal’s murderers. He was the one who originally created and led the Order of Darkness to protect humans from vampires his rule was one allowing the humans to interact with vampires he ensured no one was killed, at least that was until the order decided to overthrow him exiling him from the coven he had created. Nearly two thousand years have passed since then and the Orders rule has grown harsh and unreasonable, Ayame not wanting to stand for this has decided to band together with a few other vampires and humans to rise up against them. Ayame is generally a kind person however he is a cunning and smart tactician with a sharp mind able to fool anyone with his manners and the way he speaks even though he generally speaks the truth. His voice is alluring and has a calming effect on those he talks to no matter how upset or angry they seem.
My reflection: 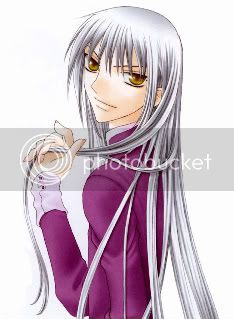 Ayame with his hair down, his hair comes past his waist.
I side with the: Exiled
I am in love with: That is for him to know and you to find out in other words no one yet.

Lol I want to learn philipino cuse words then call the ppl i hate those words and say its a copliment. I hate alot of ppl at my skool and they hate me.
Chibi_Himeka Report | 04/12/2009 10:11 am

lol at my skool i use to say Teehee but ppl starting saying it and i got mad but then me and my friend came up with Blaahaa, taahaa, and chugaro which in korean means b***h...i think