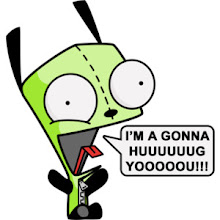 90% of girls would go Insane if Miley Cyrus jumped off the Empire State Building. 9% would yell "JUMP!" If your the 1% that would push her, copy and paste this to your profile 95% of teens would panic if Edward Cullen was on a 250 foot building about to jump. Copy this if you are one of the 5% who brought popcorn, a chair, and shouted "DO A FLIP!" i'm the 1% that would yell "JUMP" and also the other 1% who would bring popcorn a chair and would shout "DO A FLIP!"

Black. Strange, creepy, alien, you prefer your own company to that of others. Maybe someday the mother ship will come. Until then, we'll both be watching the skies. iz mee

Her name was Aurora She was only five This is what happened When she was alive Her dad was a drunk Her mom was an addict Her parents kept her Locked in an attic Her only friend was a little toy bear It was old and worn out And had patches of hair She always talked to it When no one's around She lays there and hugs it Not a peep of sound Until her parents unlock the door Some more and more pain She'll have to endorse A bruise on her leg A scar on her face Why would she be In such a horrible place? But she grabs her bear And softly cry's She loves her parents But they want her to die She sits in the corner Quiet but thinking, " God, why? Why is My life always sinking? " Such a bad life For a sad little kid She'd get beaten and beaten For anything she did Then one night Her mom came home high The poor child was hit and slapped As hours went by Then her mom suddenly Grabbed for a blade It was sharp and pointy One that she made She trusted the blade Right in her chest, " You deserve to die You worthless pest! " The mom walked out Leaving the girl slowly dying She grabbed her bear And again started crying Police showed up At the small little house They quickly barged in Everything was as quiet as a mouse One officer slowly Opened a door To find the sad little girl Lying on the floor It must have been bad To go through so much harm But at least she died With her best friend in her arms A child dies every day from child abuse. And if you have an ounce of pity in you for little Aurora and you hate child abuse with a passion you will repost this and help out those abused children and let them know that someone cared for them. If you don't then you should go to frikin hell, this is horrible what happened to these innocent children. It doesn't take that long to re post only about 10 seconds so please just do it. its worth it to let everyone see this. some people are so cruel... this is terrible but it happens so much we cant ignore it. Plz do post this on ur profile to help stop child abus