Howdy.
My name is Dale or Dean or something like that...
And I guess this is supposed to be about me.
So Imma talk about myself.
Eeeh, where do I start...
Well,

Ishtar hurts my feelings.
Kim is a furry. And she scares me.
Sneak makes my brain hurt.
These people are still BAMFs though.
Don't get me wrong.

ask me overly personal questions
ask.fm || crush
“Blessed are the destroyers of false hope, for they are the true Messiahs.”

Getting a new puppy. It's half Ken Kai which are brindles (some people say tiger stripe) with the same body shape as a Shiba In and half Shiba Inu. Basically he looks more like a Shiva because he has a thick fluffy coat like them and Kai Kens coats are not quite so long and fluffy. Any who his pictures are in my comments box. I can't wait for us to go pick him up! I feel like I fell in love with him at first sight! My little Kiba needs a buddy to keep him company and young as he gets older.

That is as bad as

Sorry to snoop but me and my bf were scrolling through your comments reading most of Yay Sweets's posts. Too funny.
Evangeline07 Report | 08/25/2014 5:31 pm 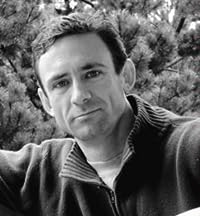