Hi I'm Jun. You guys can call me Neferti or Jun (it doesn't matter) As for my real name, I'm not going to tell it. Mostly some of my friends know what my real name is and if you want to know perhaps I can tell you...Perhaps....


Now, why do I have a thing with Vampires and Pirates? Idk they are cool to me. Jack Sparrow YOU ROCK!!! Edward Cullen YOU SEXY BEAST YOU!!! XDD.

I'm not a goth nor emo. To be honest I'm in to Gothic or Medevial things Idk why but its cool and epic but it doesn't make me gothic...Understand? Dark Colors I'm in to. Bright ones like pink for an example not too much.


Well Im a FF7 and a KH fan I like to play video games Im a pianoist and I draw. I'm not interested of what the future looks like years from now,I'm shy, modest and I'm quiet and tough mixed with emotions.
I hate Rap, R&B, Hip Hop, and Jazz. I'm not into those type of movies that deals with life and decision making (but I HAVE to watch them anyway >,.,< wink

My attempt of Vincent Valentine with the hair X3 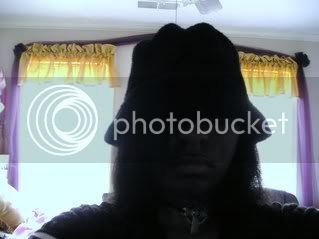 Me and my favorite Hat [I look so emo LOL]

During the days begins anew... My journey as a Gaian still continues... -I stood in this pale form for quite a long time but yet my emotions feel so empty and weak.-

Yo it's the Demon dude from the Scoot website a decade ago.

Hey! c: Love your avatar! What's the name of your black/gold headscarf item?

Is that the hipster version of Whoopi G in your sig? wink

Been tired, bored, etc. However I will pull through, also I'm looking at some videos on youtube as well

Been a long time since we last talked. Am I not right, Neferti?