yo the names triana.im 11 im from antigua its in the caribbean.my friends call me mello.or T their r cool sametime we'r very random xD.i love deathnote my friends and i love too cosplay.i love 2 skateborde w/ friends .i love linkin park.i like 2 hang out in my room alot even if it is boreding.i have a chocolate fetish.im just like mello well i do have r thing for chocolate xD really its true.im emo gothic really.


the new animekasei.com is so cool if u join u can talk to me my username is Mello/axel360. ^_^ meet people like u and like anime.

Click here to feed me a Star Fruit!
Get your own at Flyffables! 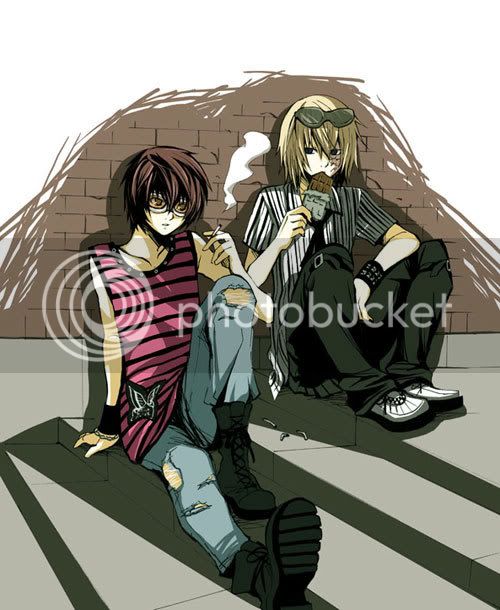 Click here to feed me a Star Fruit!
Get your own at Flyffables!

Mello is the older of L's two successors raised in Wammy's House, Watari's orphanage for gifted children, in Winchester, England, United Kingdom. When it is decided that Mello should work with the other successor, Near, Mello refuses, citing an inability to work with Near, to whom he is considered second. Similar to L's fondness for sweets, Mello is often seen eating bars of chocolate. How to Read 13 states that Mello has "an excellent mind" and that he "sometimes lets his emotions get in his way." The book cites Mello's "hatred of Near," which created "a flaw in [Mello's] personality." The book states that Mello isn't purely evil, citing his apology and genuine care for Matt's well-being. [10] Tsugumi Ohba, the writer of Death Note, stated that Mello "works hard for everything." Ohba added that Mello's name "doesn't really stand for anything,"[11] as opposed to Near's name standing for Nate River, etc.

Mello is voiced by Nozomu Sasaki in the Japanese anime, and David Hurtwitz in the English version.

Mello decides to find Kira his own way by joining the Mafia. After obtaining one of the Death Notes from the Kira investigation team by kidnapping Sayu Yagami, Light Yagami sets up a raid that leaves Mello badly scarred and his real name in Light's hands. After learning that Light is Kira and Near was going to attempt to apprehend him, Mello kidnaps Kiyomi Takada, but is soon killed by Takada's hidden pages of the Death Note. This action causes Teru Mikami to expose his own Death Note to kill Takada, an action that Near picks up on and is eventually able to use to thwart Light's plans. Near reflects this during the final showdown and credits Mello as the single most pivotal person in discovering Light's plans. Hal Lidner further believes that it was Mello's plan that he would be killed to expose Light's plan, but Near rejects this theory.

Mello is the narrator of the spinoff novel Death Note - Another Note: The Los Angeles BB Murder Cases.

I MADE IT MYSELF

DON'T HATE COZ HEZ MINE

Why? Am I a broken Messiah?
It's an "ending" everyone desires

Someday, I will show you
A sky shining with light

Why? Am I a broken Messiah?
It's a "paradise" everyone's dreamed of

Someday, I will show you
A world shining with light

MY DRAWING OF MATT AND MELLO MY DRAWING OF MATT

the face of an angle

this is how sasuke should look lol 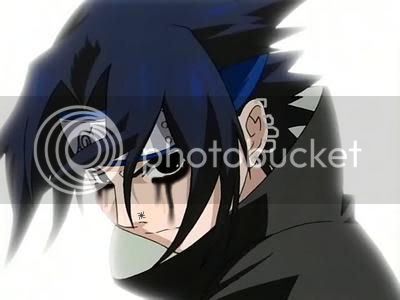 look deep into my eyes

everyone listen i can't comment on this profile so come 2 www.animekasei.com .my username is axel360.

i like to rap and this is my fav one it called handlebars:

Look at me, look at me
hands in the air like it's good to be
ALIVE
and I'm a famous rapper
even when the paths're all crookedy
I can show you how to do-si-do
I can show you how to scratch a record
I can take apart the remote control
And I can almost put it back together
I can tie a knot in a cherry stem
I can tell you about Leif Ericson
I know all the words to "De Colores"
And "I'm Proud to be an American"
Me and my friend saw a platypus
Me and my friend made a comic book
And guess how long it took
I can do anything that I want cuz, look:

its the japanses band they r the one who sing the DEATHNOTE opening theme song.

my b-day is next month yea.im going to be 12th .haha