As an 8-year-old human child prior to the Apocalypse, Mika appears wearing short jean shorts. He wears a white hoodie over a collared shirt. Sometimes, he is also shown wearing an over-sized jean jacket. He has short, wavy blond hair and blue eyes, which gives him the appearance of a foreigner. He is described as being shockingly beautiful.

As a 12-year-old, being human livestock, Mika wears the standard livestock uniform. He wears the capri shorts and a hooded shirt. He is barefoot like the other livestock.
Vampire

After becoming an incomplete vampire, he grows fangs, but his eyes remain blue. His hair hides his ears, but they are pointed.

In chapter 36, his eyes turn red after drinking Yu's blood and he becomes a complete vampire.

When he is 16, his hair reaches down to his shoulders. He wears the standard uniform of the vampire soldiers. He wears a black collared shirt with cuffs and white trim. He keeps it buttoned over his neck and held in place with the vampire insignia. Over the black shirt, he wears the white military jacket with black trim and decorated buttons. It also has the black piece of the vampires on the left shoulder and black cuffs with white buttons that nearly reach up to his elbows. He wears white gloves. He has a thick black belt encircling his waist, and he wears two smaller belts below it forming an X over his posterior and front. He also keeps his sword at his left hip. He wears white pants with black boots reaching up to his upper thighs. The boots have three large buttons at the upper lateral sides and three smaller buttons coming up from his ankles. The soles, toe, and heels of the boots are white. A decoration over the heels consists of a small ribbon coming from either side to make a V with a small white circular detail keeping them in place.

Mika often wears the standard vampire white cloak with a hood as well. The gold decoration on it has blue gems hanging from its chains.

In chapter 26, Mika, Lacus, and René wear new uniforms. This uniform consists of a long white shirt with black details and straps, including an inscription over the left breast. His shoulder and neck pieces have numerous straps tying them together, and a black collar holds them to his neck. A modified version of the gold decoration that kept his collar together over his black shirt in his previous uniform is now inverted and without a line through its middle, and it is at the base of his neck rather than over his collar. A white cape hangs down from the back of his shoulders to his upper thighs. The shirt also has black cuffs reaching from the wrist to the elbow. He continues to wear white gloves. He wears two belts that meet at his right hip, and he continues to have his sword on his left hip. His boots reach up his thighs like before, but they are solid black without any white or button details. This outfit is more form-fitting than the previous one and does not have as many trim or button details. It also has fewer layers. 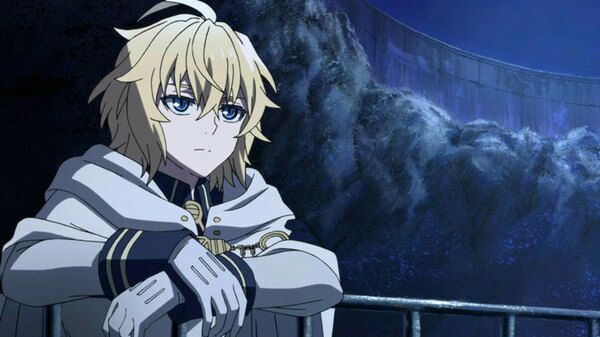 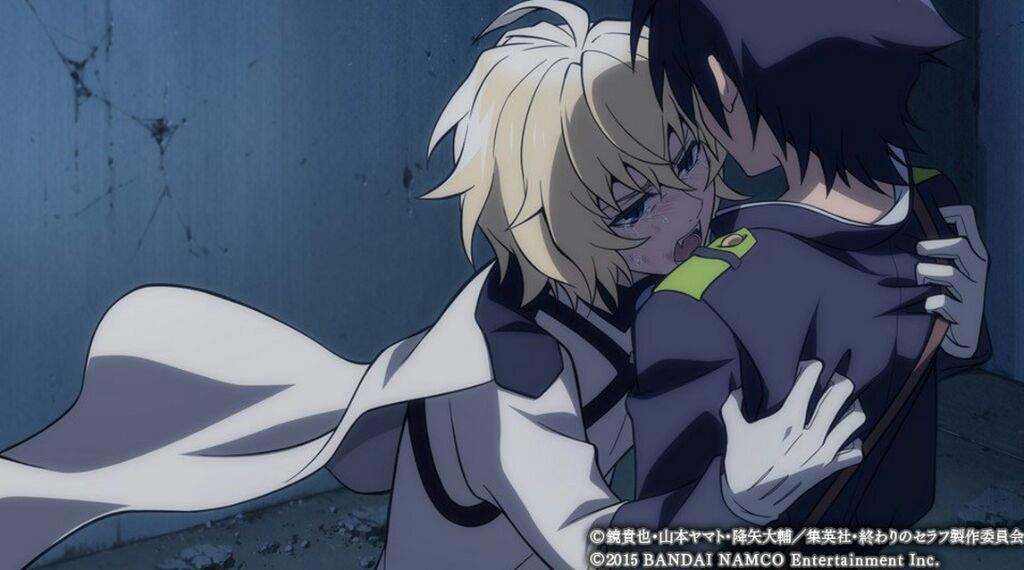