Kohya was born in southern California, United States, on one bleak and dreary afternoon during the first week of December. She had come forth into the world screaming and bitching, but the doctors gave her a knife to teeth on because they really really hated bitching.

She first attended a private school but was kicked out for the Great Liberation incident (details have been withheld due to fear of losing their reputation to such a brilliant ploy). At the end of that very day she stuck a feather in her cap, declared herself macaroni (or maybe she was just hungry for some at the time), and charged out of her strict yet loving home without ever looking back. She eventually ditched the feathered cap look, as she found that she was severely allergic to stupidity.

This new path Kohya took immediately tossed her in the streets, forcing her to offer her services to whoever was interested (as a musician with emphases on the famed invisible piano and air violin and as an amateur graphic novelist). Instead she was captured by the local mafia, which was recently founded but had ambition and was quickly rising in power. Though they originally had planned to use her as a slave, she impressed them so much with her extreme musical skills that they instead hired her as their main saloon entertainer, messenger, and professional hiding-guns-in-her-air-violin-case arms expert. The mafia grew to love her, and soon Kohya had her very own loyal reverse harem.

Her relationship with the mafia was cut short during the epic battle of Pie Crust in Manhattan, which started due to an issue a group of female pirates had with the mafia's restaurant. The pirates took her hostage by gunpoint and fled the country on their majestic metal and wooden ships. They too originally had planned to use her as slave, though naughtier in intentions than the mafia, but they came to love her music and drawing skills and instead whisked her away to a fantastical world of post-apocalyptia, where everything was a great deal more technologically advanced but recovering from the Great War of 4012 TDE. It was with these pirates that Kohya came to discover her talent for mathematics and mechanical engineering--in a year she managed to pimp up their fleet to be able to withstand even the most Photoshopped of Iranian weapons of mass destruction. She also came to discover that she had a knack for Shao Lin Kung Fu and that women were very attractive, especially on one rather sultry night with the captain when she officially became integrated into their pirate crew.

In yet another epic battle, though this time with long-time rival Davy Jones and his pet Wallace the Kraken, the captain of the all-girls pirate crew was lost at sea, and after their victorious yet heartbreaking night, Kohya was declared the new captain of the crew. While she found this to be a great honor, she was too devastated by the death of her lover that she formally declined and retired to her home state of California.

Kohya has settled for now, attempting to make waves as a structural analysis engineer by day and fighting (sometimes committing) crime by night. As a side hobby she writes and draws horrible manga, graphic novels, and light novels in hopes that one day, through her stories, she will find her soul mate (or at least the really hot captain lady).

hey can u sent me a link to the clan page....my computer got a virus and i had to rewrite it and lost everything....

Yes, I am a Homestuck fan. What gave it away? razz 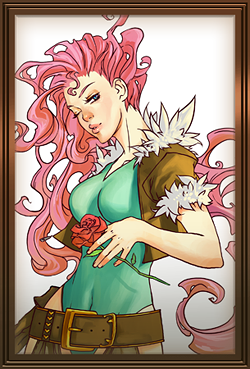 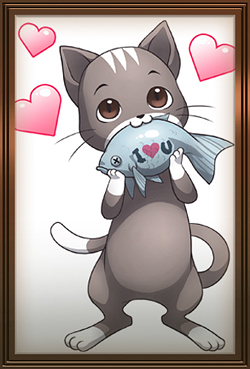