On a flat broken up rock in the dessert somewhere outside of the Sand village. There was a figure slowly walking from the Hidden Mist village that was about six foot one inches tall. The figure was walking toward the Sand village with his bleach blood hair waving in the light wind. Under his hair there was a pitch black suit with the middle unbutton so you can see his ocaen blue shirt. The back of the black suit was also waving in the wind but it was blowing around more then his blond hair. He was coming into sit when you heard a emotionless voice saying " He needs to die or our village will suffer a lot while he is alive". The figure was now in focas even though the air was still sandy. Anyone from the Sand village you would know his name was Genyu Senju.

The man who said that he need to be dead was from his village but he left to go to the Sound village. That man wanted to seck more power by other means that don't involve traning like a normal ninja. Genyu was in the open and could be caught of guard at anytime he was walking on this rock to get into the sand village a secret way that only sand ninja only knew. The Rogue sand ninja ran up toward Genyu with lighting fast speed. The speed was quick for an average ninja bu for Genyu it was like average speed for a jounin rank ninja. The Ninja slashed his blade toward Genyu with the meaning to kill Genyu. Genyu blocked the sword tha was on his right side of his body. Both of the medal blades hit with a loud bang.

Sparks flew after the two blades hit each other. The sparks had a red tinted color to it. As the sparks hit the ground The old sand ninja vanished out of sit. Genyu was thinking This man is fast when he felt the man's chakra pressure right behind him. The man slashed his pure white blade toward Genyu. A grin was saw on Genyu's face right before the blade hit Genyu in his right side. Genyu started to just turn into som wood right before the man's eyes. The man's eyes opened wide out of suprize from what he was fighting. There was another figure in the distace with a muh longer arm then what the guy though was the real Genyu. This one wen it came into focas the man could see a faint grin on his face that was laughing alittle bit fro the guy really thinking that th wood clone was the real him.

There was a few little movements in the middle of his body tha looked like handsigns but from that far away the man couldn't see what it was exactly. Four pillers of wood started to rise from the light brown sand around this man that attacked his wood clone. This man knew this jutsu from his past, this jutsu Genyu just used was called Jubaku no Jutsu (Tree Restraints). The four wood pillers that just rose from the ground all of them went to wrap around this man with wood. This man jumped foward and did a roll four feet away from the four wood pillers. " That attack was stuipd Genyu " said the man forming a few handsigns for a fire justu that he learned from a Leaf ninja a few years back. This jutsu let four balls of pure fire come out of his mouth. The four pure fire balls hit all the wood pillers right away. The four pillers burnt down to the ground because of the four balls of fire.

"Is that all you have under your belt" said The unknowen man that just attacked Genyu for no reason at all. The man hd something up his sleeve is what Genyu was thinking while the ashes hit the ground. A pitch black shirt could be seen fluttering through the air as the man was running toward Genyu with a white sword in his hand that had medal chain on the end of it. The two colors were over lapping over and over again until the man reached Genyu with the sword heading toward Genyu's left shoulder. The sand under Genyu could be sesn coming up from where the white sword hit the ground. Genyu throw his right hand toward the man's cheast with all his might not for the reason to hurt or kill him with just this one strike but to push him away from himself so he could have some time to react to another attack of his.

The Man that attacked Genyu go pushed back a foot away from Genyu. He landed on the balls of his feet ready to get a perfect counter on him within a second of him hitting the ground after he got pushed back a foot or so. The man rushed at Genyu with all his speed and throw a hard punch with a blue aura around it. Genyu knew that he couldn't let that punch touch him because it was very dangerous to him. Genyu ducked under the punch bt it didn't miss his whole body. His hair was hit by the attack wich made it burn into a bunch of black ashes. The ashes fell to the ground like rain drops. After the punch just hit Genyu's hair Genyu throw a har punch with his left hand to the guy's gut. The attack hit the guy righ in the small intestant. This attack made the guy lose his breath for a few seconds but he go it back in time so to make another fast counter to him. The same hand that had the aura on it was coming from the back and heading toward Genyu's cheast that will burn him with in a secondof being touched by the aura. The punch landed on his cheast giving him a third degree burn in a second on the touch. Genyu jumped back a few feet after the punch hit Genyu in the cheast.

They deleted all the posts in the Night Hawks Recruiting that was not related to recruitment. Mine too but its whatever. The said we should have taken it to OOC.
Just a heads up.
AJ Hattori Report | 05/03/2010 5:43 pm

whoa,yea,dont u need to kill to stay allive?
down fall majorly,but it owns since its a one hitter quitter
and if i ever do become ur student(which i most likely wont)then i'd never try to attack u XD 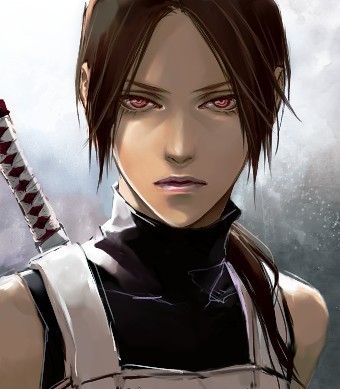 "Faith is taking the first step even when you don't see the whole staircase."