Kefkas profiles, Art, and other Crap

Thank you so much for the bday message and gift! That's so kind of you!! emotion_hug How has life been treating you lately? Things going alright over there?
Countess Kinoko Report | 05/30/2020 5:01 pm

I probably would've written it just for the opportunity but I also did well enough in English classes so maybe not. Poor guy. Maybe he just went through a bad divorce or something? I hope he's doing okay now at least.
And I don't know about you but I enjoyed the discussion on Mad World. You seem very approachable and level-headed in your perspective. It was refreshing.
Take care!
Umpenscrump Report | 05/23/2020 6:13 pm

YEH, I'm pretty sure between us we already got a page or two of an essay just discussing the two. Extra credit, here we come! rofl
And yeah, what you're saying makes sense. TFF's does sound more cynical and I know that can rub people the wrong way. I think it'd be hard not to be if you live in a society that expects you to function properly when people don't wanna hear about how sad you are though. It's like it's designed to make people unhappy. Then again that's also a cynical point of view... I suppose one could argue that criticizing a flawed society as a whole from the perspective of this depressed guy is a positive if it allows the audience to see from that point of view and react to change it. I think a perceived inclusion of the world allows for greater discussion among various people, not just the ones who're struggling. The Gary version is probably more comforting for the people who are upset and wanna curl up in bed though, and I can understand that feeling. Sometimes I just wanna listen to a sad song so I can be sad with it. It really is a lovely acoustic piece. Kinda like a lullaby.

Yeah, it's definitely including the humdrum monotony of everyday life out in the world. That's another thing I think TFF did right. The music sounds like it's including the world around him. Like the instrumental break sounds like cars honking at an intersection. There's a life to it. It ain't a good life though, and that droning synth at the beginning is the dark cloud that keeps rearing its ugly head. The Gary Jules version sounds more like a secluded in your bedroom kind of sadness. It's not inappropriate for the lyrics, but to me it's more effective when the music supports the impression that you're alone in a world full of people 'cause everybody's too jaded to care. Then again not everyone's gonna interpret the music like that and I'm sure others prefer the sound of something like a straight up somber depression where you don't wanna leave your room, 'cause there is an intimacy there.
Umpenscrump Report | 05/23/2020 10:08 am

I don't mean mad like angry mad, I meant mad like borderline-insanity. If they were going for angry I'd say they missed the mark, but idk if that's what they were intending. Given the line that says "when people run in circles" and the constant repetition of lyrics like "going nowhere, going nowhere" I would've thought they were trying for something like a somber "we're all mad here" Alice in Wonderland kind of thing, or like being sane in a crazy world except the craziness gets to you and makes you think you're the only one who has these issues, when in reality there's a lot of people like that out there but society says you don't talk about those things. The lyrics are the somber part that's a genuine problem for the guy, the instrumentals are the craziness of the world around him, and the vocals are the result of the world affecting him.
Umpenscrump Report | 05/23/2020 8:30 am

Hmmm, I dunno. I think confused works for it but I can't really imagine it being slower so I don't really think I can understand that and agree without hearing it. I can play it slower on Youtube but dat ain't really the same and even then .75 is too slow. I think they got the pacing just right. I don't know how to explain it other than it feels like it's moving at the speed of life. I think the Gary version also got their pacing right for the tone they were going for but they're both clearly different. TFF's is more mad and Gary's is more sad.
Umpenscrump Report | 05/22/2020 9:49 pm

It's a good cover and I appreciate that they did it in a different genre, I just feel like Mike and Gary took the obvious route and made it more generic and sappy which is expected and boring. The instrumentals in the original, yeah they're kinda odd but they give me more of a sense of chaos and dread, which I think also suits the lyrics. To me it's like the audio equivalent of losing your sense of time between the highs and lows, meanwhile reality is kicking the crap out of you or at least it appears as if it's out to get you. You see the same people every day and you go through the motions the way people expect you to but you never get the sense that they really know you 'cause you got dat tunnel vision of a world against you. Then hiding things and pretending everything's okay just becomes your new normal even though you're aware of its negative impact. It's bleak, dizzying, jarring and as a result, uncomfortable. I think that works to its advantage. The Gary Jules version to me is basically "I'm sad and you're sad too. : (" Which is fine and also relatable to a degree, and the translation to an acoustic arrangement was lovely and well done, but all together it just doesn't feel as personal or as substantially introspective. I am, of course, basing this entirely on muh feels and not really on music theory or the technical aspects of composing or mixing or whatever.
I also just enjoy the juxtaposition of a pop melody with depressing lyrics. NGL. I like juxtaposition in general, with some exceptions, but in the case of TFF's Mad World I think the melody with the lyrics is perfectly analogous to the idea of masking the pain with a weak smile while at the same time approaching a mainstream audience to kind of plant the idea that a depressed person doesn't always look depressed. Just like a sad song doesn't always sound like the Gary Jules version.
Umpenscrump Report | 05/22/2020 4:27 pm

i'm not sure anything could lessen the pain. loss isn't an easy thing to cope with... but having others going through the same thing to lean on helps.
s**t... i hadn't considered that.
i'm not sure really. depends what state you live in. around here that wouldn't fly but you don't live in nj, i know that...
i hope you're able to do something with your family for him, even if its just coming together in one house. can't face these things alone; or you shouldn't have to, at least. 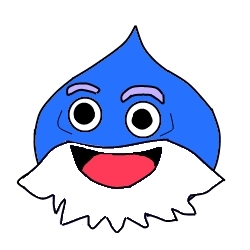 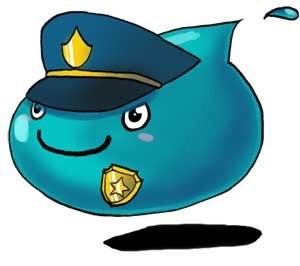 Howard and his cat friend chompy.