Hey everyone. It's Joe, the one and only. I made this page to get closer to all of my fans. Please, no hate mail. i dont wanna add anyone else cuz i have way to many people on my friends but i guess i will.....for my fans

general:
im Joseph Adam Jonas my b-day is august 15th 1989 i was born in Casa Grande, Arizona my parents are kevin(sr.) and denice and my bros are nick, kevin, and frankie. my hobbies are making movies, jogging, and working out. i play the guitar, piano, and percussion (tambourine). u guys probably already know my favorite color is blue and my favorite sport is wiffel ball.

i had a dog named Cocoa since i was about 7 years old. And Cocoa died not too long ago (i is really sad about it). im not sure if ill get another dog anytime soon, b/c me and Cocoa were really close.

i wear a purity ring (with a cross on it).

yes im really accident prone - i tripped during the AMA's and cut myself on broken glass right before i sang SOS. And about 2 or 3 weeks later, i got hurt filming a YouTube video (i was playing around with the guys backstage, and ran into a wall). So when we went on Ellen, Ellen gave me a helmet. Kevin and Nick thought that it was really funny!

i saved Nick's life once, ya its hard to believe. when we were in a really bad car accident. we were sleeping on a road trip, and a semi rear-ended us. Right before impact, i woke up and saw the truck about to hit us, and i shielded Nick from the impact, and Kevin shielded Frankie. ya it was very scary And it shows how close we are. we r very protective and supportive of one another.

im also known as DJ Danja, or Superman (i like wearing Superman clothing). i also wear really cool sunglasses, and tight pants, and like to wear necktie headbands (on myself and Nick).

well if u want to know more about me just message me or comment. thanx
PEACE

okay dude!
you are NOT Joe.
1. he would take SO MUCH MORE care into his punctuation.
2. He would Capitalize the names.
3. He would NEVER spell his Mother's names wrong. it's DENISE with and S not C
4. He Got COCOA WHEN HE WAS 5! not 7!
5. He wouldn't us text talk like 'u' when describing himself!

your not joe and you got those pictures from the internet oh and btw i hate every jonas brothers but nick so stop pretending to be joe cuz u have nothing better to do with your life thats y your acting like joe so stop you loserrrrrrrrrrrrrrrrrrrrrrrrrrrrrrrrr
Ultra kassy4ever Report | 12/30/2009 9:43 am

hi dont worry about being accident prone me too . i like to play the guitar and i learned how to play the sponge bob squarepants theme song on a keyboard so chat with u later.
gr3yoppz Report | 12/18/2009 12:57 pm 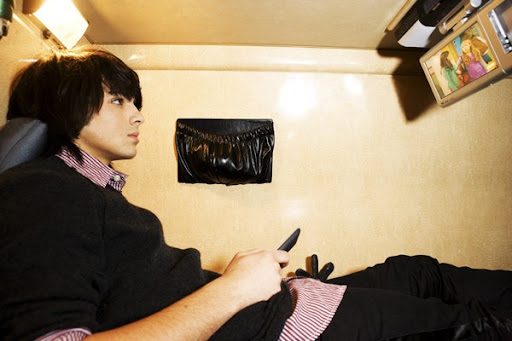 veiw my pics over here!!!