: ABOUT: Nagato (長門, Nagato), better known as Pain (ペイン, Pein), was the recognized leader of Akatsuki and Amegakure and was a major antagonist in the series. Referred to as "Leader" by all Akatsuki members, except for Konan, he directed the actions of the rest of the members and maintained authority over them. However, he had secretly collaborated with Madara Uchiha.

Little is known about the mysterious mastermind behind the entire Akatsuki organization. His Akatsuki ring has the character for 'Nothing' and he wears it on his right thumb. His real name has been revealed to be Pein, and he is a missing-nin from the Hidden Village in the Rain. Although he has not been seen in combat so far, the leader has displayed some powerful abilities. His greatest ability is likely his ability to extract and trap the essence of a tailed beast. He does so by summoning a giant demon-sealing statue, but several Akatuski members need to be present to complete the sealing ritual. Pein also has a telepathy-like ability that allows Akatsuki members to communicate with each other through astral projection wherever they are located. He has also demonstrated the ability to shapeshift human sacrifices into clones of other Akatsuki members by using a portion of the member’s chakra. Except that their power is limited by the amount of chakra used, these clones are otherwise indistinguishable from the original. Lastly, Pein may have the uncanny ability to control rainfall over the entire Rain Village. When Jiraiya infiltrated the village, Pein was able to sense him just from Jiraiya distrurbancing the rainfall. 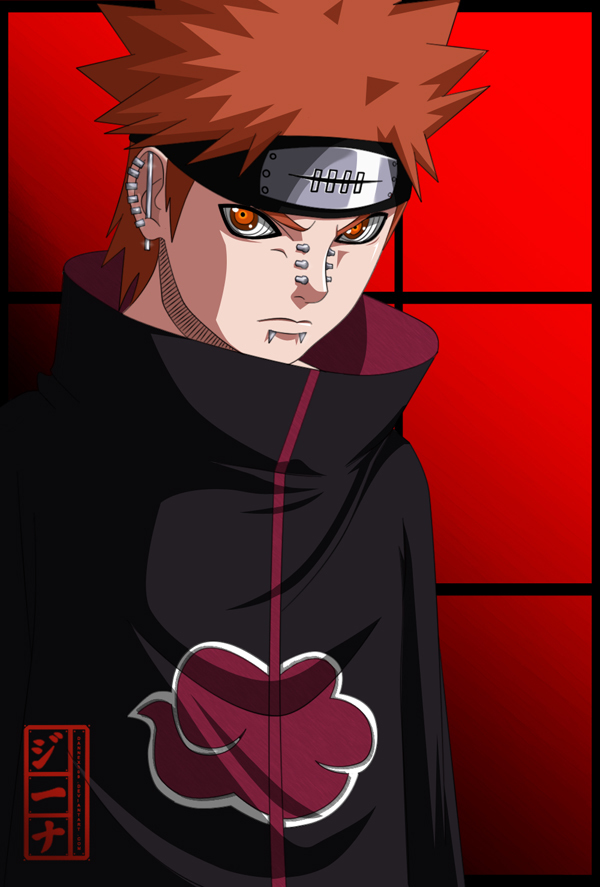 help me to finish my dream avatar!!!ok thank you

this is my family and my friend!!!add them if ur guys want XD