Dignity isn't for sale. It comes from within. Hilary Duff has always carried herself with dignity, from her 2001 TV debut starring in "Lizzie McGuire," through big screen hits like "Cinderella Story" and "Cheaper by the Dozen," to her career as a multi-platinum recording artist, with more than 13 million albums sold to date. Now Hilary brings her customary class and splash to her new Hollywood Records CD "Dignity."

In the title track, she talks about her experiences and observations of living in Los Angeles ("Where's your dignity/I think you lost it in the Hollywood Hills"). "Danger" explores the suspect advances of an older man, while "With Love" turns the world's most common song topic upside down. ("I can take your honesty/All your words weigh heavily/I'm listening to you all the time"). The song “Stranger” reveals a relationship that is picture perfect in public, but cold behind closed doors. With every track, Hilaryprobes life and love more intensely, and with more vulnerability than she has before.

A native of Houston, Hilary Duff gained global recognition in 2001 starring in the hit Disney Channel series "Lizzie McGuire. In May 2003, she brought her character to the big screen with Walt Disney Pictures' "The Lizzie McGuire Movie." She went on to co-star in hit films like "Agent Cody Banks," "Cheaper By the Dozen" and "Cinderella Story," “Raise Your Voice,” “Perfect Man,” and “Material Girls.”

Hilary’s ..1 solo debut CD "Metamorphosis sold 4 times platinum, followed by her self –titled album and “Most Wanted” both of which sold 3 million records. Hilary enjoyed Top 40 hits like "So Yesterday," "Come Clean," “Fly,” and “Wake Up.” Hilary’s “Most Wanted” CD was her second .. 1 debut and it remained .. 1 for 2 weeks. With “Most Wanted” Hilary began to experiment more with her style and music as seen in her videos for “Wake Up” where she donned wigs and different looks and for “Beat of My Heart” in which she exclusively wore high end haute couture and began favoring more dance and rhythmic beats.

Hilary has some exciting movie projects on deck in this year, including "War, Inc." (starring John Cusack, Sir Ben Kingsley and Marisa Tomei) and the animated feature “Foodfight.” Hilary recently debuted her own perfume “With Love”, the video and commercial of which were shot by world-renown Matthew Ralston. But her music – and the upcoming tour – remain front and center these days. And that's just how she wants it. Hilary Duff always connected closely with her audience. Now, she's saying more -- much more than ever, and with dignity -- with her music.

hi hilary i love your music keep it going
im a big fan...=) 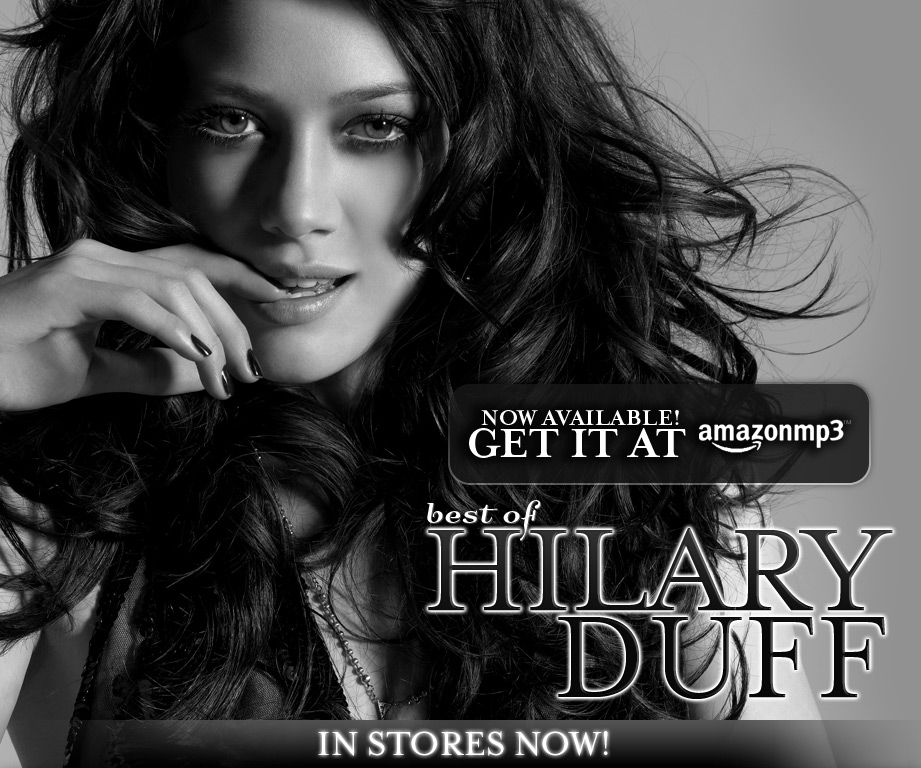