My Masters and Mistresses. Shhh....

Name: That's your job to figure out
Gender: Female
Age: 16
Religion: Don't have one
Political Views: The president is Obama... The vice president is... >.< (doesn't pay attention)
Species: really? You think I am not human?
Personality: people say I can be funny and loud... But I am very shy when I don't know you. I often say things  I don't mean and then only realize until later that I hurt you. I like to pretend I am something I'm not but end up hurting people. I usually end up being the responsible one... But I Really hate making people do something
Addicted to: CoD, Mountain Dew (literally. I get headaches if I don't have it for one day.)
Likes: Caffeine, acting like an energetic child, French fries (omg. Sharing a plate of fries at the mall with someone=best day ever!), Music, kickboxing
Dislikes: mean people, inconsiderate people, people who take advantage of other people, campers and noob tubers, bugs, MATH
Fears: Heights, dying, used to be spiders (now I just beat the s**t out of them. Ha)
Not afraid to: Swear, punch someone who is being a bully, get into arguments (and win)
Supports: LGBT rights, girl power, Evolution, Pokemon!!!! 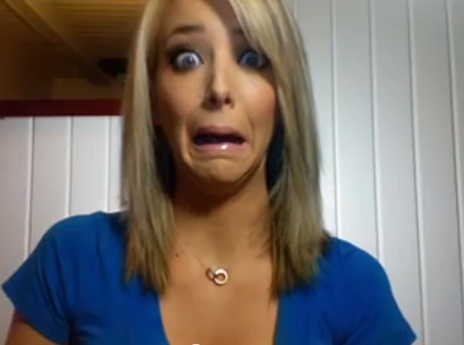