What I Said In Forums

My Aquarium, FEAR IT!

My Thoughts, My Life, My Heart.

This journal is about me and my life. It may include what's happening at my school, my family, and/or my social life. If you have anything to coment on go right ahead. I belive everyone should speak their mind.

Things that awesome people gave me

eek ive been gone for 5 years. cant access my original profile Druid Bandit6. so many ppl i need to refriend. xD im so sorry that i have been gone for a very,very, very long time girl, srsly im sorry, but im back, and i can explain why i was gone for so long without telling you why i left
The good Panda King Report | 09/27/2011 4:54 pm

I'm pretty good, i just started college amd things have been going really well.
How about yourself?

It been far to long since i've said hello to you and I deeply regret it.
You were always a great friend and I wish I could have been there for you more when you needed it
NickyNick2 Report | 08/22/2011 7:37 am

All about me! XD XD XD

My name's Maggie. I love blood, pandas, kitties, and Japan. Any questions PM or comment me. 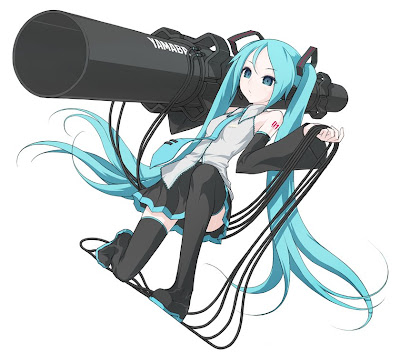 I'm not a stupid vampire! I'm a smart one!

I Vant your blood! Ok maybe not now but later!

I'm gonna get so dizzy!

You know I always thought
goth/emo boys were hot!

Goths:
- Don't ALWAYS wear black
- Don't worship Satan
- Are NOT evil
- Do NOT want to kill people
- Are NOT ALWAYS depressed
- Can be happy too
- Are usually nice people
- Are normal, just like YOU!

Kid: REDRUM REDRUM!
Me: You're too young for alcohol silly.

You feeling Batty?
Oh really you are?

Is it just me or can you make a joke out of ANYTHING someone says?

My ex bf left me for a gay man. Man I hate my life!

What do you think? No seriously what DO you think?

Vampires are people too! Just people who like blood. ^,.,^

Kawaii means cute! Kawi means scared! sound so close yet are like opposites.

If you see a vampire don't say "hey you're a vampire." We get pissed.

If you call me a vampire I'm just gonna keep asking what you've accomplished by calling me that?

Vampires:
- Can live without blood for a week or two tops.
- Aren't always gothic or emo.
- Do NOT sparkle
- Have NOTHING to do with the lies Twilight is feeding you
- Can be in the sun, some of us just are light sensitive and burn easily. Others can TAN
- Can ONLY turn you in a vampire if it's a PURE BLOOD sucking your blood
- Have reflections it's impossible not to have one
- Half-Vampires can eat human food and drink human drinks, but not pure blood vampires
- Do NOT worship satan
- Can be kind people
- People like YOU!

I just don't understand why vampires are so feared. Ok yes we suck your blood but it only hurts for a bit if you're weak.

It may just be me but I think if horror movies contained pink it would be so much more scary.

I don't care what Mr. Cullen says
he is just an idiotic wannabe!

As you may have noticed most of these captions are vampire jokes or just plain lists or jokes. Big whoop!

Vampires do NOT sparkle. I'm sorry to all you twilight fans, but it is all lies. Go cry to Mr. Cullen.