Haha, Alice and her fashion obbession. I swear it's not healthy.....

Haha yea I've been down there a lot, but no, no more motorcycles.
I think I learned my lesson.

Bangor has a good marine biology course. One of my cousins is there doing it. I want to go to York or Leicester, both only an hour or so away to do a standard masters course. So yay for me lol. XD
Ashardcoreas Report | 09/07/2008 9:37 am

Chemistry. I was definatly going to do maths but absolutly love organic chemistry. So chem it will be. Prob going to York. So far any way. What about you?

kayyyyyy
o-o
how old is you

I was born Edward Anthony Masen II on June 20, 1901 to Edward Sr. and Elizabeth Masen. My biological parents and I contracted the Spanish influenza during an epidemic that devastated Chicago, Illinois in 1918. Orphaned and nearly dead from the disease, I was changed into a vampire by one of the physicians caring for me, Carlisle Cullen, acting on the directions from my loving, dying human mother to "save him".

From that point onward, Carlisle raised me as his son, instilling in me a morality unusual among the vampires of our time. Central to this way of life is a refusal to consider humans as food. I have to admit that I had a rebellious period near the beginning of my life as a vampire, and used my mind-reading abilities equaired from the transfamation from human to vampire to prey on only the worst of society, murders, robbers etc. However, after a few years I became guilt-ridden and returned to Carlisle and his way of life.

In the time me and Carlisle added members to our family. Growing it from 2 to 5, with the number increased Carlisle and Esme took on the role as parents to me and my siblings Alice, Jasper, Rosalie and Emmett.
We live in Forks, Washington. It was there that I meet my wife-to-be Bella Swan. Together we faced many obsicals as a couple but also as a family, what with Bella being human and me a vampire. As time carried on we married and Bella become pregnant with my child, a little girl named Renesmee, through her birth, Bella was changed into a vampire. And a new breed of vampire entered the world, not the first of her kind but still, half-human, half-vampire with the abillity to fit in with humans more easly then us. with the abillity to eat human food and have a heart beat, the future looks bright, thought I beleave that our troubles are far from over. Who knows what the future holds, well apart from Alice.
We often come into conflict with other vampires as a result of this morality, which goes against their natural vampyric nature. 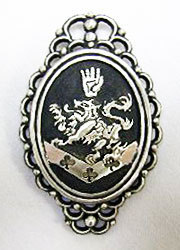