♥I am uconditionly and irrevocably in love with EdwardCullen83. He is my life. I would rather die than stay away from him♥

1. I poured glitter on my BF so he'd be just like Edward!
2. Fictional characters dazzle me. Frequently.
3. I stabbed Edward Cullen with a spork. And lived to tell the tale.
4. I stay up at night waiting for Edward to show up.
5. Ballet studios give me the chills.
6. I've developed a weird habit out of biting people...
7. I'm willing to bet against Alice.
8. Shiny silver Volvos` make me squiel like a fan girl.
9. When I have kids, I'll name them after the Cullens`.
10. I jumped in front of a moving van just to see if Edward would save me.
11. I'm intoxicated by the mere presence of a frikkin' book.
12. I pray for rain so Edward can come out and play.
13. I'm buying a Cullen car. Just to see if it comes free with a vampire.
14. I threw away all my Harry Potter books so make way for my Twilight ones.
15. I went to the doctor the other day... And asked him how Edward was doing.
16. I went to the doctor the other day... And called him Carlisle.
17. Popsicles are now my favorite treat. Cold, hard, and sweet.
18. I saw a grizzly bear and screamed, "Emmett!!!"
19. If anyone asks, I'm from Forks.
20. Whenever I hear the name Edward, I go... "What?! Where?!"
21. Edward heard me thinking of him... And he blushed like a schoolgirl.(even though he can`t blush!)
22. I have a new pickup line... "Are you a vampire? 'Cause you dazzle me!"
23. I am addicted to something called herion TWILIGHT!
24. I can hear Edward in my head, too
25. You start writing poems

Roses are red,
Violets are blue.
Edward Cullen dazzles me,
And Jacob Black fails too.

Love is a feeling you have when:
--you can't stay away from him.
--you want to hug him forever.
--you can't stand the thought of
losing him.
--you love the sound of his voice.
--his kisses are like your personal
drugs.
--his hand in yours is amazing no
matter what.
--his eyes hypnotize you.
--he never leaves your mind even in
your dreams.
--his heart is forever yours.
♥Edward Cullen♥

Did you stab Edward Cullen with a pencil or what?


You haven't read Twilight? Go shoot your self in the foot!

Bella's all about extream sports.

Why am I covered in Feathers??
I bit a pillow or two.

Well, its no irritable grizzle.

Fall down again, Bella??
No Emmett, I punched a warewolf.

It sounded like you were having Bella for lunch, and we came to see if you would share.

Maybe you should pick on people your own size.

Your awfully small to be so hugely irritating!

I don't have leeches on my speed dial.

If we had happy endings, we'd all be under gravestones now.

Jasper? What do vampires do for bachelor parties? You're not taking him to a strip club, are you??

Though why anyone would bet against Alice, I can't imagine.


Cut it out, Jake. Nobody really needs all 10 toes.


Hey, Edward. Hey, Bella. Is he going to let you practice, too?
Don't give her any ideas

hey u silly i thought u said u didnt use this account anymore lol anyway accept the friend reqest & hey im spendin the night at ur house 2morrow i kno ull like it wink
oh ill txt u first! & make sure u take tht tooken over gurl of ur list cuz um i dnt like her who does she think she is ur gf not no more im taking tht spot lolzzz
cnt wait to come overrrr<333
Evny x Alice Cullen Report | 08/03/2010 10:22 pm

Hello Dearest, Bella! It`s been a bit since we`ve talked, but I just was checking up on you. *hugs and places a pearly, wet, white rose that has bead of due on it, in your hair* We should speak more, though. Oh, and Edward said that we should go hunting next Friday, just reminding you, not like you forgot, but I`m going to go shopping for Nessie`s Wedding with Rose and Ness. Bye Darling! *hugs and walks away*
Janem5678 Report | 06/19/2010 6:41 am

Dude! hey Bella-sister-in-law-please add me!! i love your prof! 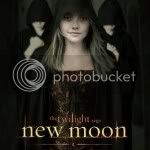 ♥I would rather die
than stay away from
EdwardCullen83♥

♥A world without
Edward Cullen is
not a world; he has
to exsist♥

♥We are wounded
into one strand,
you cut one,
you cut both.
We can't live in a world
without eachother♥