Name: Jacob
If you get butthurt easy or if you're a liberal, dont read this.

Suppose you were and idiot. And suppose you were a member of Congress. But then again, I repeat myself. Now I think I've found out the rules of presidency. Rules: If you're a great president, you get assassinated. If you're a terrible president, you get elected for 2 terms. EX: 2008 - 2016.
As you can see from my profile pictures, I'm sure you can imagine what type of person I am. I don't take anyone's s**t. I don't care what anyone has to say about me. I still stand by my opinions and standards. I woke up not giving a damn what you think about, and I'll go to sleep feeling the same.
I love my guns, and I love to shoot. I'll be damned if ANYONE tries to take that away from me.

I doubt anybody will be reading this, but I was born and raised in a conservative family. I believe and respect tradition. Tradition as in what America used to be. Strong, respected, feared, and loved. Almost every male in my family was or still is, in the military. A soldier, present, or past, deserves the up-most and undying respect. They risk their lives so you won't have to. If you hate our soldiers, you're either misinformed or a straight up dumbass. Some people may think its not a good idea for our troops to be in the Middle East, and theres nothing wrong with that opinion. But don't hate the soldier who fights the war, hate the one in charge who sent him there in the first place. After all, the only thing he's trying to do is help you keep your freedom and help others get theres.

Thank you, men and women of the U.S. Armed Forces for all your service and commitment to this country. And thank you for all who support them. May God bless you, and God bless America. We live in the land of the free, only because of the brave.

I look at your profile enough and never even commented at it. Oh well, better late then never I assume, so here is my awesome comment on your awesome profile, which is awesome. And it's awesome that i'm using awesome so many times because the word awesome is awesome. -nods- heart
BISCUIT KINNG Report | 05/30/2012 11:40 pm

you are a idoit biggrin 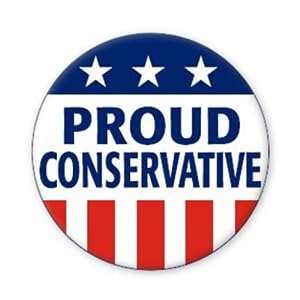 Are you coming all the way down here to see more patriotic things? I respect that

Always remember the heroes before you. We live in the land of the free, only because of the brave - An American Conservative

As long as there is man, there will be war - Albert Einstein

It is foolish and wrong to mourn the men who have died. Rather we should thank God that such men lived - General George S. Patton Jr.

I'll defend my destination, without and explanation. I'll fight to the death for my countries last breath - An American Conservative