I really want to take Botany, but a 7:30am class will not work. Especially since I rely on the buses. If I caught the first bus of the morning, I'd still be running late to class. So it's a no go...

Princess-Fanoria-Pagan Report | 04/09/2018 2:54 pm
depending on times and days for work when ya stream, I will definitely have to stop by and watch and chat! I get ya though, I have been busy with work and stuff myself. gaming here and there too. I tend to be on discord now adays and rarely even use skype, plus popping back around here a lil more often than I had been. life has been good. I mean there were some serious moments of downs but things are going better
*huggles lots*
ChiiDoLLx Report | 04/09/2018 1:22 am

Aww, thank you Alec!!
I hope your weekend was just as wonderful as well! whee

Things to Know about Alec Ikiiki

Hello. I'm Alec and welcome to my little nook of Gaia. I'm sure you're interested to know a bit more about me, hence why you're here.

✜ I'm Married ✜
I've been with my husband since late November 2004 but we've been married since February 28th, 2014. He was the first person I ever dated.

✜ I'm a Gamer ✜
I've been gaming since I was a toddler and it started with my dad's Atari 2600. Nowadays my gaming is fulfilled on the shiny Playstation systems I share with my husband. I do not play first person shooters since I have difficulty focusing on the screen and I get motion sickness from it. No joke. During breaks, it's common for me to play 12+ hours in one run. When I get into a groove it becomes rather unhealthy.

✜ I Adore Cats ✜
I grew up with and have always loved them. Which led to me having two of my own. An adorable, black, short-hair American male named Kazu, who was born sometime around October 2003, and an adorkable, Russian-blue male named Hiiro, who was born around October 2006. Funny story, when I adopted them (4 years apart), they both were named Spot because they both have a white patch of fur on their lower abdomens. What were the odds? As a random side note, I can't stand dogs.

The three cats I want at some point in my life time. A silver Eqyptian Mau, a Toyger, and a Savannah.

✜ I Dislike Children ✜
Therefore I will not have any of my own. I can not tolerate them for the first 10 years of their life. It's pointless to tell me that I'm missing out, I'll regret not having one, or, the kicker, I'll never understand what real love is until I hold my first child in my arms. Quite frankly, it's insulting and rude. I do not have the emotional capacity, the time, finances, nor the desire to care for a small human. Thankfully, my husband doesn't want children either. He's fine with them, just as long as they go home with someone else.

✜ I'm a Biology Student ✜
In Fall 2004 I first entered college, but due to finances I was unable to continue. Summer of 2014 I finally returned to college with the intention to get a Bachelor in Science in Biology. I'm currently taking one intensive class a semester which allows for me to focus on one class at a time while making A's. This also allows for me to work full-time to help pay for classes and the shared living expenses with my husband.

✜ I'm a Crafter ✜
Arts and crafts are my thing next to video games. There's something so fulfilling about creating something that's visually pleasing and sometimes useful. My main crafting methods include crocheting (one hook) and knitting (two needles). I've lost time for crafting (and gaming) when I returned to school. 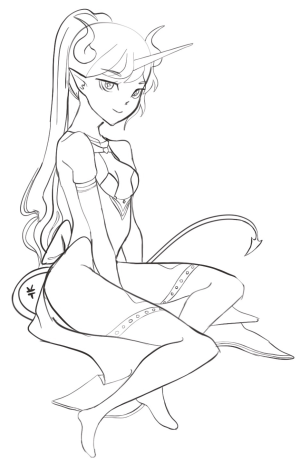 Questing
Nothing at the Moment